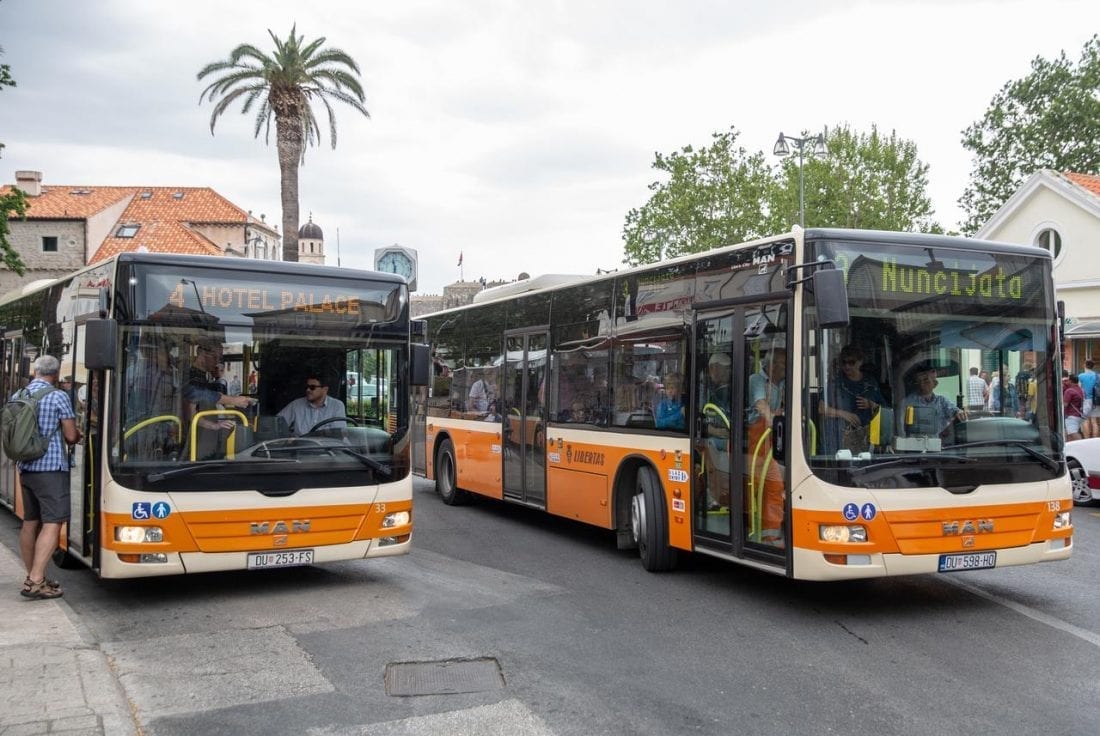 On May 27 and 28, eight new low-floor buses were delivered to Dubrovnik bus service carrier Libertas. The delivery is part of a fleet renewal project worth €2.4 million.

If you decide to take public transport in Dubrovnik, for example, from Mokošica to Pile, the chances that you will come across a brand new bus are significantly higher since last week. As part of a €2.4 million project to procure buses entirely funded by EU and national contributions, three buses were delivered to local carrier Libertas early in May, while the remaining eight arrived in Dubrovnik last Thursday and Friday, for a total of 11 new buses.

The MAN Lion’s City A21 low-floor buses were procured as part of a comprehensive initiative by the Ministry of the Sea, Transport and Infrastructure aiming to renew public transport fleets, which has resulted in the purchase of over 200 vehicles for service in nine Croatian cities since 2017. Funds for the procurement of new EURO VI standard diesel buses are provided from the Operational Programme “Competitiveness and Cohesion 2014-2020”. Cohesion Fund grants are made available to carriers who apply to calls for proposals within the said programme and meet the selection criteria.

Libertas’ example clearly shows the advantages of this financing model. The city of Dubrovnik and part of the Dubrovnik-Neretva County are served by 115 diesel buses. A complete renewal of the fleet requires long-term planning and costly investments, and with such a large number of vehicles is beyond the carrier’s capabilities. As a result, for years carriers, and users of public transport at the same time, have been facing the problem of obsolescence of part of the vehicle fleet and a growing mileage.

The Dubrovnik city administration mirrored this line of thinking: “The rejuvenation and modernization of Libertas’s vehicle fleet, in addition to increasing the level of service in urban public transport, also leads to reduced maintenance costs. In addition, relying on the use of European and national grant funding, there is no financial burden on Libertas, all in order to achieve the prerequisites for free transport for the citizens of Dubrovnik. Thanks to the application of high EURO 6 engine standards for new vehicles, the negative impact on the environment will be reduced as well.“

Thanks to the support of the Ministry and EU funds, Libertas has made inroads in fleet renewal and service quality. The effect will be even more evident if the planned procurement of an additional 18 buses goes ahead. The Ministry of the Sea, Transport and Infrastructure recently authorized a financing decision to fund the new purchase.