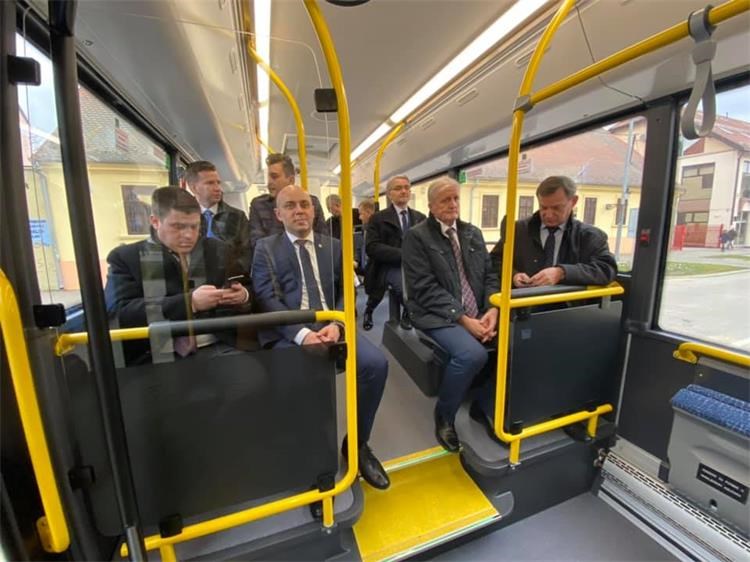 The closing conference for the project "Procurement of buses for Polet d.o.o. Vinkovci" showcased new low-floor buses, procured by the Vinkovci company looking to improve and raise the quality of its public transport service.

The unveiling of seven new buses, worth nearly 2 million euros, was attended by the Minister of the Sea, Transport and Infrastructure, Oleg Butković, the mayor of Vinkovci Ivan Bosančić and, representing Polet d.o.o., director Mijat Kurtušić.

“The Ministry has initiated a praiseworthy project worth 42 million euros used to procure 187 buses in nine Croatian cities, Vinkovci among them. A new program is also in development to procure a further 300 buses, thereby replacing about 50 % of the buses in Croatia. There is a total of approximately 1100 buses operating in Croatia, so about 50 % would be replaced – all this using EU fund money – which is good news for everyone using public transport in Croatia.” – Minister Butković emphasized.

The procurement of new buses was welcomed by the Vinkovci mayor Ivan Bosančić, calling it a big breakthrough for the city and the company “Polet“, whereby the citizens will be provided with a significantly more comfortable and palpably better urban public transport, that meets stringent environmental standards at the same time.

It is worth recalling that the total value of the bus procurement project is 2 million euros, and that it was funded using EU Cohesion Fund and national budgetary resources. The implementation of the project in the past two years has allowed Polet d.o.o. to renew their rolling stock with seven new rigid low-floor city buses in order to improve urban public transport, increase passenger safety and reduce CO2 emissions.