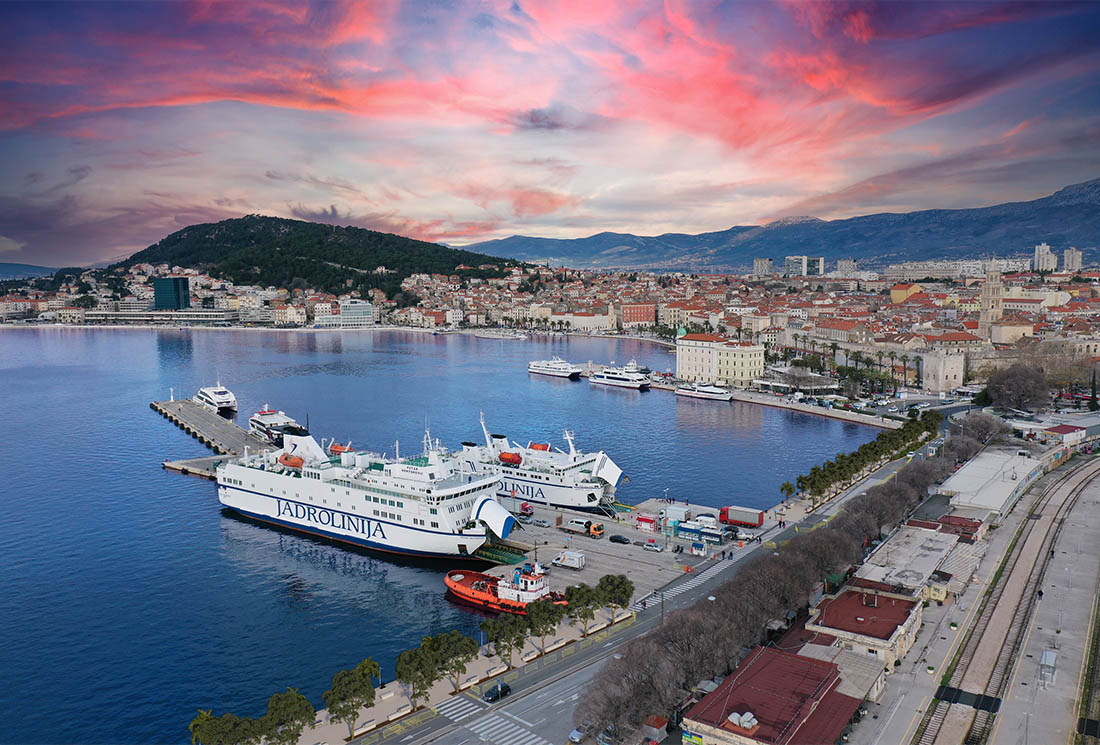 Construction work begins today on the expansion and improvement of the Quay of Knez Domagoj in the City Port of Split. The intervention is an introduction to the reconstruction of the entire East Coast in Split.

The day after the groundbreaking ceremony, which was attended by Prime Minister Andrej Plenković and Minister of the Sea, Transport and Infrastructure Oleg Butković, Wednesday marked the start of preliminary activities on the expansion and improvement of the Quay of Knez Domagoj in the City Port of Split. Domestic contractors Pomgrad Engineering and Građevno “Zec” have 9 months to complete the project.

Reconstruction of the Coast will significantly contribute to solving a problem faced by the inhabitants of the central Dalmatian islands. Namely, ship lines which serve as their only connection to the mainland are competing with other vessels over the limited space on the East Coast. All activities related to berthing and supplying the ships are performed within a 4 meter strip, taking place alongside pedestrian traffic. Waiting for berth, interruptions during loading and unloading of goods and passengers, and refueling are causing disruptions in the sailing schedule, and also contribute to traffic congestion in Split itself.

The works encompass 130 meters of the coastline from the Lazaret Coast to the pier of St. Peter and 125 meters of coastline from the pier of St. Peter to the pier of St. Duje. The reconstruction of the seawall will extend the aforementioned coastal strip approximately 5.5 meters seaward, which will expand the docking space for coastal liners and create a corridor for the unimpeded movement of passengers. Vehicles waiting to board a car ferry will be separated by a green belt. Maritime, passenger and road transport in the port will function better separately.

The splendor that Split deserves

The aesthetic appeal of the project is an additional plus, as it seeks to establish a new visual identity for the East Coast. Therefore, the space was conceived so that the spatial separation of the docking area and the promenade is achieved discreetly, with an emphasis on the visual treatment of walking surfaces. The existing road and shoulder will be separated from the new promenade by a green belt, with turnoffs that form refuge islands, a tree line and ornamental vegetation. The promenade itself will be equipped with benches and smart benches.

The successful integration of form and content was also praised by Prime Minister Andrej Plenković at the groundbreaking ceremony held on Tuesday. “This project will be a real refreshment for Split, it will represent a step forward in the architectural and functional sense, it will help the flow of traffic and the movement of people in a more pleasant and safe way,” said Plenković.

The Reconstruction – upgrade of Quay of Knez Domagoj in the City Port of Split is worth a little over 5.5 million euro, and the Ministry of the Sea, Transport and Infrastructure provided EU grant funding for the project in the amount of 4.5 million euro through the Operational Programme “Competitiveness and cohesion 2014-2020.”