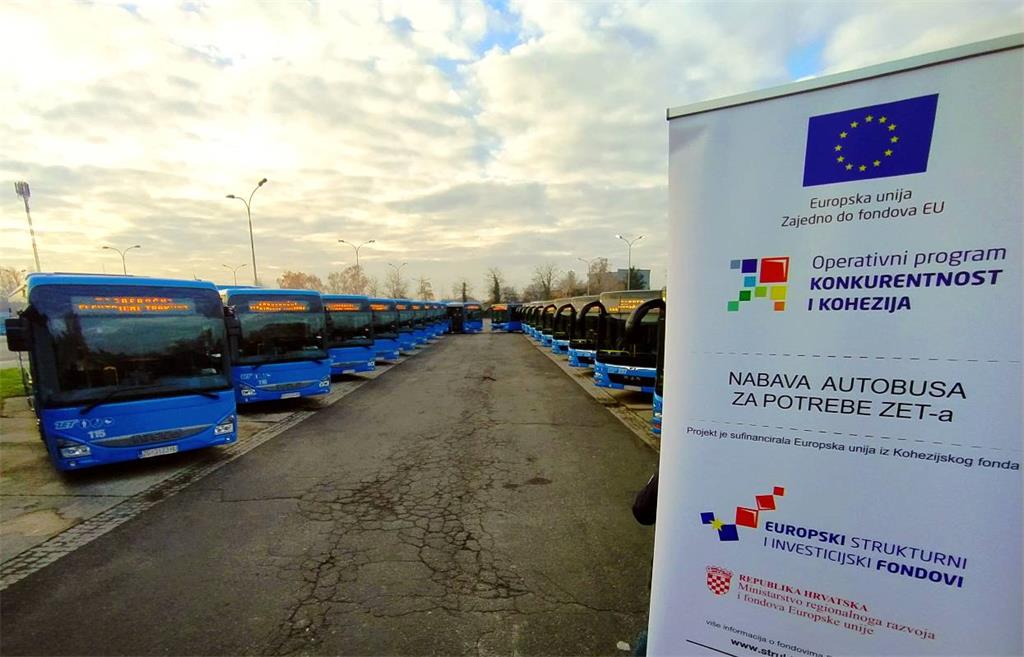 The final conference on November 24 marked the completion of the project "Procurement of 29 buses for ZET d.o.o." worth over 7,4 million euros. The grant contract awarding ZET 5,9 million euros for the purchase of new vehicles was signed on January 29, 2019, the first contingent of buses was presented on June 26 2020, and starting from this Tuesday, all vehicles are in service in the City of Zagreb.

The final conference held at the Podsused bus depot on Tuesday, November 24, marked the completion of the project “Procurement of 29 buses for ZET d.o.o.” worth over 7,4 million euros. Among the prominent conference participants were Zagreb Mayor Milan Bandić, who highlighted the contribution of the City of Zagreb, ZET and the participating ministry to the project in his address, and ZET CEO Ljuba Romčević Žgela, who placed the project in the context of ZET’s recent investments in rolling stock renewal.

During the implementation of the project, the Zagreb Electric Tram company used 5 million euros from the European Cohesion Fund and 900 thousand euros from the State Budget to rejuvenate the bus fleet. Like the previous ZET project which envisions the procurement of 15 new buses through leasing, the recently completed project was realized through the Operational Program “Competitiveness and Cohesion 2014-2020” managed by the Ministry of Regional Development and EU funds. The grant award procedure was carried out by the Ministry of the Sea, Transport and Infrastructure.

The contract awarding ZET the grant for the purchase of new vehicles was signed on January 29, 2019. The first contingent of buses was presented on June 26 this year, and following the delivery of the final seven buses this Tuesday, all vehicles are in service in the City of Zagreb.

Financial support of the European Union is regulated through an application process in response to published Calls for Proposals. The ZET project was applied to a Call which has contributed a total of 42 million euros in grants to the renewal of public transport rolling stock. The grants were awarded to transport companies from Zagreb, Split, Osijek, Rijeka, Zadar, Pula, Sisak, Dubrovnik and Vinkovci. The objective of the 10 projects covered by the Call in question is the delivery of 187 buses. With the completion of ZET’s project, the number of new buses in circulation on the streets of Croatian cities, procured with the support of EU funds, rises to 161.