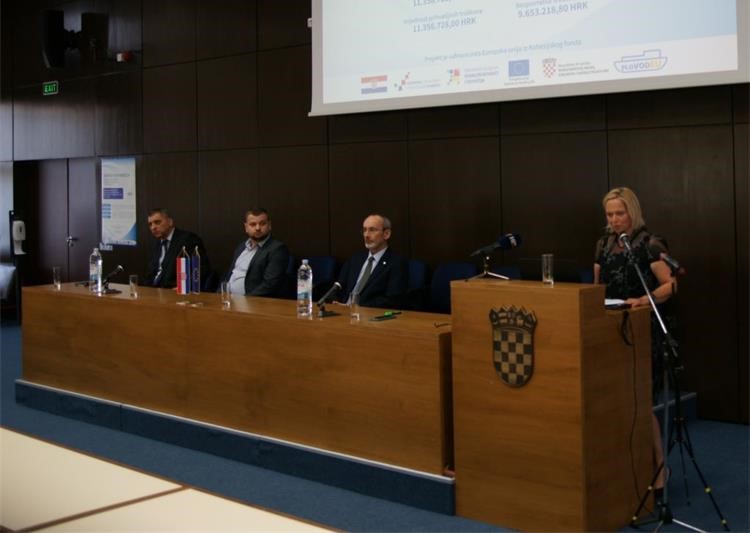 At the conference, the director of the Inland Navigation Administration at the Ministry Duška Kunštek introduced the aforementioned documents, setting up the major determinants for the development of Croatian waterways within the international navigation system in a ten-year period.

“In the process of drafting the strategic documents themselves the core objectives and measures of waterway development were defined, which is apparent, ultimately, from a detailed analysis put forth in the Action Plan, and which forecasts the investment of around €900 million over a ten year period in the revitalisation of waterways, existing port infrastructure and future infrastructure, docks, river tourism etc. This is, relative to the last fifteen years of river transport investment, a significant step forward and recognition of the real significance of river transport.“, stated the director of the Inland Navigation Administration. Of the cited €900 million figure, the Action plan includes investment of €82 million in the next three years.

Director Kunštek particularly emphasized the growing importance of investment in river transport infrastructure in the context of climate change and the fulfilment of the European Green Deal. “Because of that, significantly more is invested in this kind of infrastructure and revitalisation than before, particularly since the climate changes are really evident and since the water level and the conditions in the bodies of water tell us and direct us to make more significant infrastructure advances to secure that transport.“

Investment in the most cost effective, safest and most energy-efficient mode of transport

The most significant current investments in increasing navigation safety and the renovation and construction of infrastructure in international ports are the bulk cargo terminals in the ports of Slavonski Brod and Osijek, designing the vertical quay in the Port of Vukovar, construction of the international ship winter shelter on the Danube in Opatovac, development of the waterway marking system, revitalisation of the Kupa river Eko ReKupa and others. Construction of three municipal berths for the reception of waste from vessels in Vukovar, Slavonski Brod and Osijek and the new cable ferry ‘Križnica’ in the Municipality of Pitomača will receive financial support through the National Recovery and Resilience Plan.

The Strategy of Development of River Transport, adopted by the Croatian Parliament at the session of 15 July 2022, and the Medium-term plan for development of inland waterways and inland ports with the Action plan were drafted by the professional services giant Ernst & Young. The Strategic environmental assessment was prepared by the company OIKON Ltd.

The preparation of the Strategy and Medium-term plan is the precondition for the implementation of administrative and legal measures to improve the functioning of the transport system, particularly the inland waterways system in the framework of international traffic routes, the continued operation and further development of ports and docks, organisation of navigation safety and monitoring services, technical waterway maintenance, operation and development of port authorities and other stakeholders in inland navigation, realisation of ecological and social sustainability of the inland waterways system, as well as the detailed elaboration of objectives and measures defined by the current Transport Development Strategy of the Republic of Croatia.