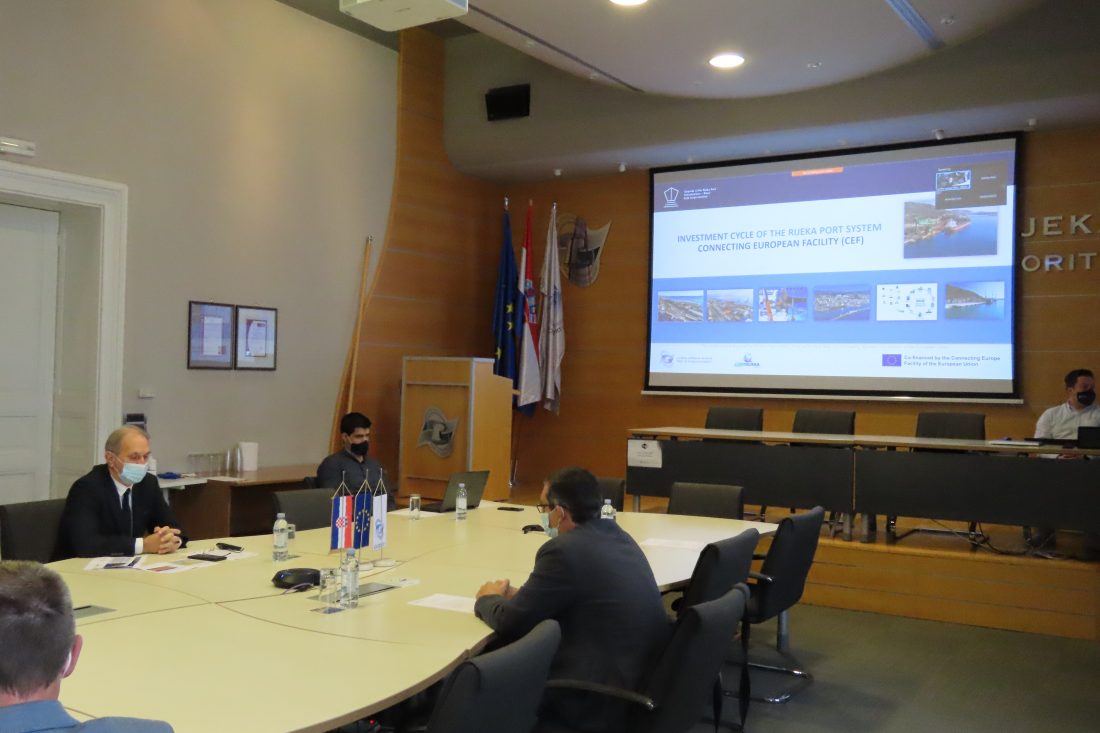 The implementation of the project "Upgrade of the Rijeka Port infrastructure - Bulk cargo terminal Bakar" concluded with today's conference in Rijeka. Podbok Terminal is located in the Bakar Basin, 13 km from Rijeka. It is a location for transshipment of iron ore and coal, as well as bulk cargo. The project conference in Rijeka gathered the people responsible for the fact that the modernization of the terminal was completed successfully and on time.

Duško Grabovac, President of the Management Board of the Port of Rijeka, project manager Vedran Blažević and representative of the Port Authority Rijeka Vojko Kocijan presented the achievements of the project as spokesmen of the two partner institutions responsible for its implementation.

Mr Grabovac revealed that the purpose of the €6.1 million project was to remove infrastructure constraints. They hinder the potential of the port of Rijeka as a first-rate logistics center. “Modernization of infrastructure in accordance with European standards will allow better regional and international connectivity for the port of Rijeka, greater operability and quality of services,” he briefly explained.

Susana Forjan, project manager at the European Climate, Infrastructure and Environment Executive Agency (CINEA) at the European Commission, attended the conference as a representative of the body with the largest share in funding the project. CINEA manages the Connecting Europe Instrument (CEF). Through CEF, the project received support of almost €5.2 million following a successful application process. This amount covered 85% of the cost of implementation.

Between 2014 and 2020, the use of CEF provided funding for 45 transport projects in the Republic of Croatia, 7 in the Port of Rijeka alone.

Tihomir Ranđelović, Member of the Management Board of GP Krk and Zdravko Sršić, Deputy Director of the Construction Sector, thanked and congratulated all project participants at the conference. In cooperation with Colas Rail, GP Krk carried out the removal of old dilapidated infrastructure and equipment, reconstruction of 2.8 km of railway tracks connecting the Podbok terminal with the Bakar freight railway station, replacement of the concrete layer and reconstruction of installations.

The newly completed project is a piece of the mosaic of Rijeka’s transformation, announced by Minister Oleg Butković at the “Transformation of Rijeka” conference held just a day earlier, on Monday. Capacity building for the largest Croatian cargo port, building road and rail connections and its integration into EU-level logistics and transport concepts are an example of concentration of money and expertise in support of a strategic goal. The Rijeka gateway to Europe is ajar, and persistent effort is still required before it is fully opened.