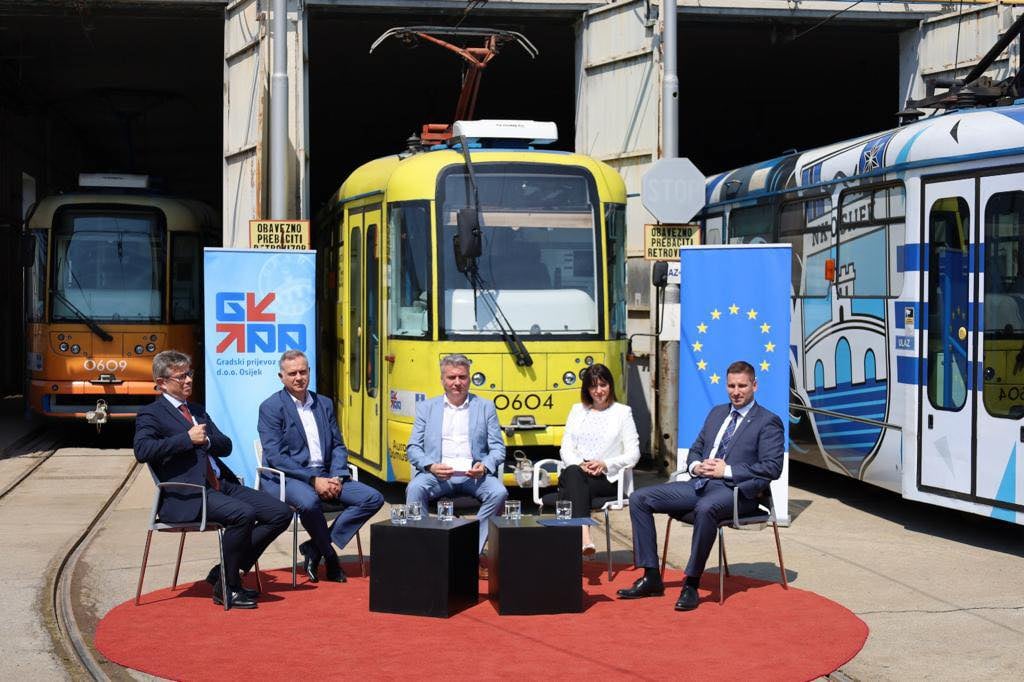 By dismantling a section of tram tracks, the contractor Swietelsky started works on the modernization of the track and tram stops in Osijek on Monday. The works are performed as part of a €16.9 million contract.

The first day of spring marked the start of construction on the reconstruction of tram tracks in Strossmayer St. in Osijek. Works will continue until May on the 700 metre trial section from Svilajska to Višnjevac, after which the crews will move to the section from Kanižlićeva towards Ante Starčević Square, and then from Trpimirova to the Square. The tram route to the central railway and bus station will not be skipped, and neither will the section along Vinkovačka Rd. to Dunavska Rd. In the next two years the modernization will cover 9,5 km of track and the renovation of 23 tram stops.

The reconstruction, making the tracks suitable for low-floor trams and adjusting the stops for persons with reduced mobility and disabled persons, is part of a comprehensive project of tram infrastructure modernization worth €35.6 million. In order that the reconstructed tram network has a reliable power supply, the project also includes the simultaneous modernization of the overhead lines, and the reconstruction of the rectifier station system and underground cable network.

The objective of the project, whose completion is scheduled for 2023, is to provide the citizens of Osijek with access to public transportation meeting EU standards of safety and reliability. At the same time, a state-of-the-art tram network represents an opportunity to use a zero-emission form of transport, that does not require sacrificing speed and comfort. The new infrastructure is also an introduction to the procurement of low-floor trams, which will fully utilize the capacities provided by the newly started project.

This major investment, receiving €22.7 million in funding from the Cohesion Fund and a further €4 million from the state budget, heralds the arrival of fair weather for the Osijek public transport operator GPP, in charge of implementing the project. The tram network hasn’t benefited from significant investment since 2009, making the EU grant even more valuable after the long drought. The GPP management is hopeful that a new depot and an extension of the tram network may be on the horizon, as the conceptual design for these and other projects is in preparation.