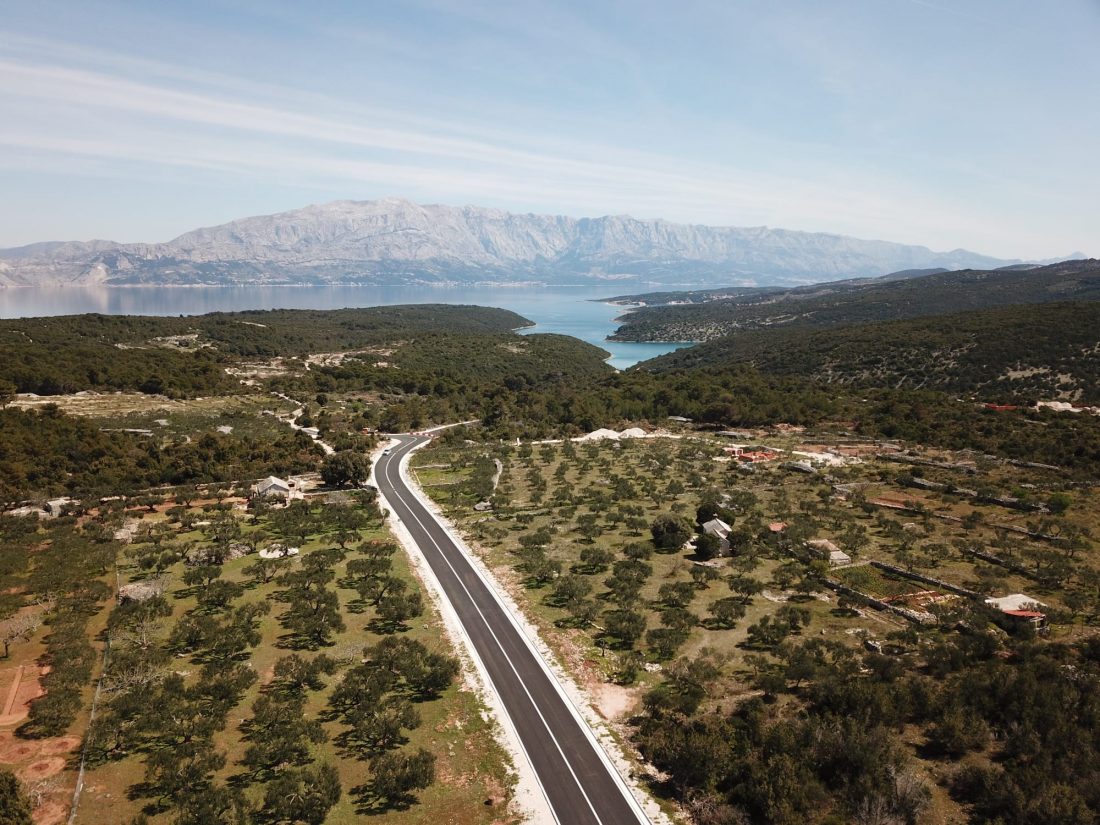 The Split County Road Administration organized on Monday, October 10, 2022 in Pučišća on the island of Brač, the closing conference for its biggest project, "Construction of the road Pučišća - Povlja, section Pučišća - cove Luka". The conference participants, including the Vice-President of the Government and Minister of the Sea, Transport and Infrastructure Oleg Butković, the Prefect of the Split-Dalmatia County Blaženko Boban, the Director of the Split County Road Administration Petar Škorić, the State Secretary in the Ministry of the Sea, Transport and Infrastructure Tomislav Mihotić and mayors from the island of Brač, had a guided tour of the recently completed road.

The funding for the first phase, with a total value of € 8.07 million was secured by the Ministry of the sea, transport and infrastructure through the award of an EU grant for the project “Construction of the road Pučišća – Povlja, section Pučišća – cove Luka”. The Grant Contract, signed on 30 July 2019, awarded € 6.86 million of EU funding and € 1.21 million from the state budget. The process of issuing a building permit is in progress for the construction of the next section cove Luke – Povlja. After both sections have been built, the distance by road between Pučišča and Povlja will be 12.5 km less, halving the driving time.

The Pučišća – Povlja road will further reduce traffic in the Supetar area and signifacantly shorten travel time between the ferry ports in Supetar and Sumartin, while the distance from Pučišća to Povlja will be reduced by at least 12.5 km. The implementation of the project will strengthen the connectivity for the municipalities in the east of Brač with the principal port of county significance and island center – Supetar, improve road infrastructure, increase travel safety and improve accessibility of public services in distant administrative centres, which will contribute to sustainable local development and enable better connections for Brač residents.

The Operational Programme Competitiveness and Cohesion 2014 – 2020 is recognizable as a major initiator of capital investments in transport infrastructure in the Split-Dalmatia County. Operational Programme funding has been used to support road sector projects like the construction of the new Čiovo bridge, the rehabilitation of blackspots in Spinčić and Bušić St. in Split. Also, two projects to acquire new public transport buses for operator Promet Ltd. received funding, as well as the project to introduce intelligent transport systems in the Split and Solin urban area, improving the functioning of urban public transport, and more funding was provided for the upgrade of the external berth in Sućuraj, island of Hvar, the reconstruction of the port of Omiš and the reconstruction and upgrade of Quay of Knez Domagoj in City port basin Split.