Project for the procurement of new passenger trains gets rolling 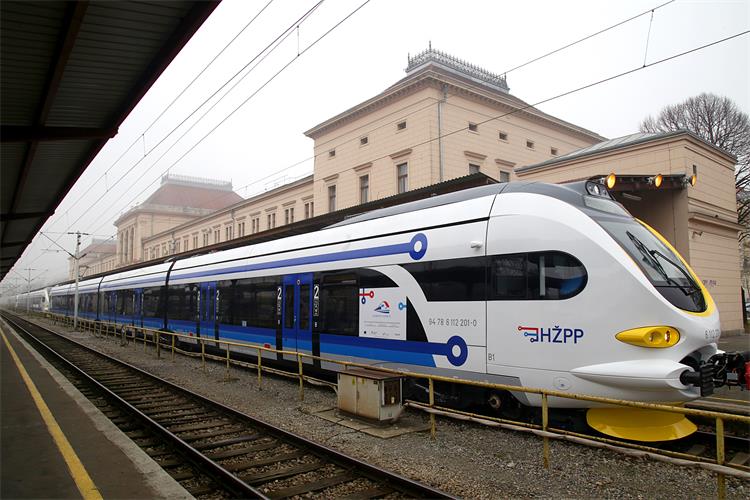 Three new trains are in operation since Wednesday, December 21. The inaugural ride, from the Central Station in Zagreb to Dugo Selo and back, marked the putting into service urban/suburban EMUs from the quota of the project "HŽ Passenger Transport’s rolling stock renewal by new electric multiple-units". The project, following up past efforts by HŽ Passenger Transport to replace the oldest trains in its fleet, envisages the procurement of 21 electric multiple-units (EMU), of which 11 will operate on urban/suburban lines, and 10 on regional lines.

The total value of the project “HŽ Passenger Transport’s rolling stock renewal by new electric multiple-units” is €171,7 million. HŽ Passenger Transport is receiving support for the implementation of the project, in the amount €137,5 million from the Operational Programme Competitiveness and Cohesion (OPCC) for the period 2014 – 2020. The largest source of funding is the Cohesion Fund, providing 85% of the grant, while 15% represents the national component.

The Grant Contract for the €137,5 million was signed by HŽ Passenger Transport, the Ministry of the Sea, Transport and Infrastructure and the Central Finance and Contracting Agency (CFCA), in September 2020. The tender for the development and production of the electric multiple units was won by Croatian train and tram manufacturer Končar – Electric Vehicles. Hence the passengers on the new EMU’s first ride were Vice President of the Government and Minister of the Sea, Transport and Infrastructure Oleg Butković, President of the Management Board of HŽPP, Željko Ukić and the President of the Management Board of Končar – Electric Vehicles, Josip Ninić.

Entering a decade dedicated to rail

“This year, we witnessed the implementation and realization of major transport projects, from the Pelješac Bridge, the completion of the 5C corridor to a whole series of other projects that we are successfully implementing. Modernisation of railway infrastructure and rolling stock are key projects and projects that will actually mark the next ten to twelve years in terms of transport infrastructure“, stressed Oleg Butković. The ability of a domestic company to outbid their competition in a demanding tender and use European funds also met with the Government Vice President’s approval.

The contribution to the maintenance of industrial production and creating jobs in the Republic of Croatia is an added benefit of the project. Key components of the new trains such as the main electric drive, the control and communication system, auxiliary power and bogies are produced in Croatia. Production does not have to stop at twenty-one EMUs, since HŽ Passenger Transport has already announced the purchase of another sixty new trains by 2032.

The new EMUs offer ease of travel due to improved comfort, a capacity of more than 500 seats, free WiFi and a safer ride. The Ministry of the Sea, Transport and Infrastructure and HŽPP, by renewing the rolling stock for passenger transport, are trying to encourage greater use of rail, given that train travel is the most sustainable and affordable form of medium-distance transport.