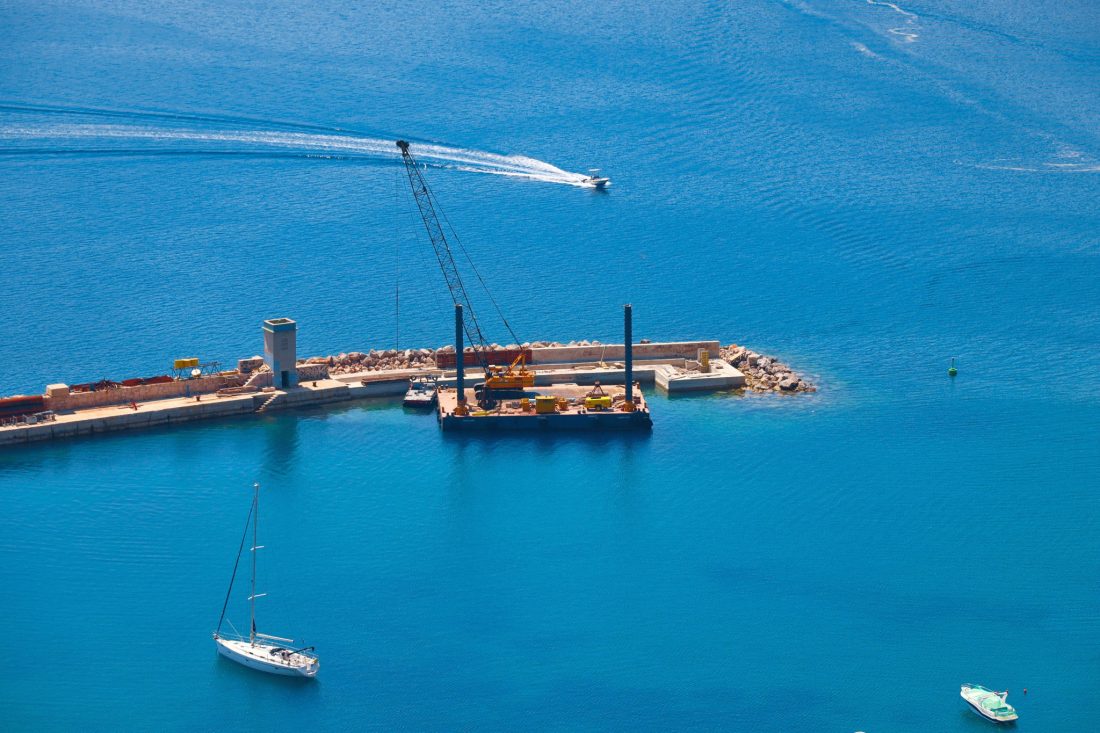 The works on the project "Upgrading the Port of Baška", started in November 2020, have been taking place on the first and second phases in parallel since mid-May.

The two phases of construction involve the main components of the project. Phase I refers to the 50-meter extension of the primary breakwater Vela riva. Phase II includes the extension of the secondary breakwater – Mala riva. In part one, Mala riva would be extended by an additional 75 m in the direction of the existing breakwater. After that, it bends and turns inward in the length of 30 m.

By upgrading the protective breakwaters, which also function as mooring jetties, the port of Baška will be made suitable to receive regular liner shipping. In December 2018, the County Assembly of the Primorje-Gorski Kotar County passed a Decision on establishing a county line on the route Baška-Lopar-Baška. The line can start operation after the completion of the project “Upgrading the port of Baška”, once the port meets the conditions for accommodating the ship. Until then, only the longer Valbiska-Lopar line will connect the islands of Krk and Rab.

In addition to secure berth for liners, the upgraded port of Baška will better meet the needs of the local population for mooring infrastructure.

The works will not disturb tourists and their hosts

During 2021 and the first quarter of 2022, works were carried out on the extension of the main breakwater, where 13,000 m3 of stone base for the installation of the stone barrier was poured. Then the concreting formwork was installed and the reinforcement was laid, and the foundation of the breakwater wall and the above-sea part of the coastal wall were concreted.

In May, concreting of the wall on the main breakwater is being carried out, and at the same time Phase II works have started on the Mala Riva, where steel sleeves and reinforcement baskets are currently being installed in pile wells and piles are being concreted. The Fiumanka pontoon and the cargo ship “Ivona” are taking part in the works, transferring heavy machinery.

Workers of the Aqua Mont Service will stop work in mid-June. The installation of prefabricated elements will continue after the tourist season. The completion of the final works of paving and installation of port equipment is planned for the end of 2022. The deadline for the implementation of the project “Upgrading the Port of Baška”, co-financed with HRK €5.3 million in grants from the Operational Program “Competitiveness and Cohesion”, expires in December 2023.