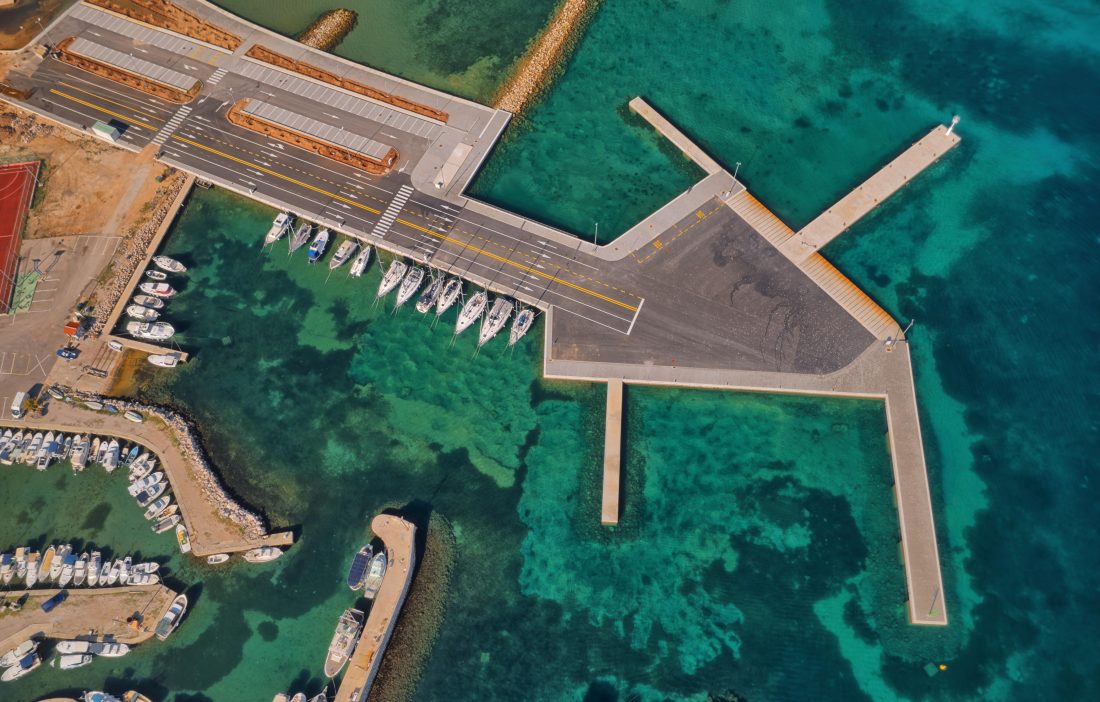 The docking of the ship sailing from the direction of Biograd at the upgraded ferry port on the island of Pašman marked the official opening of the new ferry port Tkon yesterday.

€6 million was invested in construction of the new port. The EU project in Tkon encompassed specific phases of the construction with a share of €4.4 million in the total amount. They included construction of the boarding and waiting areas, the dock area for car embarkation, an underwater culvert for exchange of seawater and the queueing and parking lot zone.

The project Construction of the ferry port Tkon was the first in a sea of port infrastructure investments in Croatia to receive EU funding.

Unveiling the new port to the public, Zadar County Prefect Božidar Longin highlighted the importance the ferry port Tkon has for the residents on the island of Pašman. At the same time he expressed his thanks for the cooperation by all the important stakeholders involved in the realization of port investment in the county.

“The construction of the new ferry port is a project of vital importance for the entire island of Pašman and a contributor to the development of tourism and improvement of the quality of life for local residents. This is just one in a series of port infrastructure investments in the county, where we secured almost €70 million for various projects in the last few years. I thank minister Butković, State Secretary Bilaver, our County Port Authority, and especially the former and current mayor of Tkon because we have achieved truly excellent cooperation with them throughout this period“, prefect Longin stated on this occasion.

Major European projects are the pillars of this investment cycle

Minister of the Sea, Transport and Infrastructure Oleg Butković reflected on the investments in port infrastructure.

“The fact is we are investing around €270 million in the reconstruction and construction of ports in the Adriatic. This is a record-breaking investment cycle, and we can mostly thank the EU funding for it. In Zadar County three major European projects are in implementation, the restoration of the Zadar waterfront, the upgrade of the port of Sali and the ferry port Tkon project completed today, and we are preparing new projects signalling the continuation of the maritime investment cycle. We are a maritime nation living off the sea and we are oriented toward the sea in many ways, so it is extremely important to me as minister and the relevant ministry that we keep investing significant sums in port infrastructure“, emphasized Butković.

The Construction of the ferry port Tkon project was funded by the EU using the Cohesion Fund, as part of the Operational Programme Competitiveness and Cohesion 2014 – 2020.