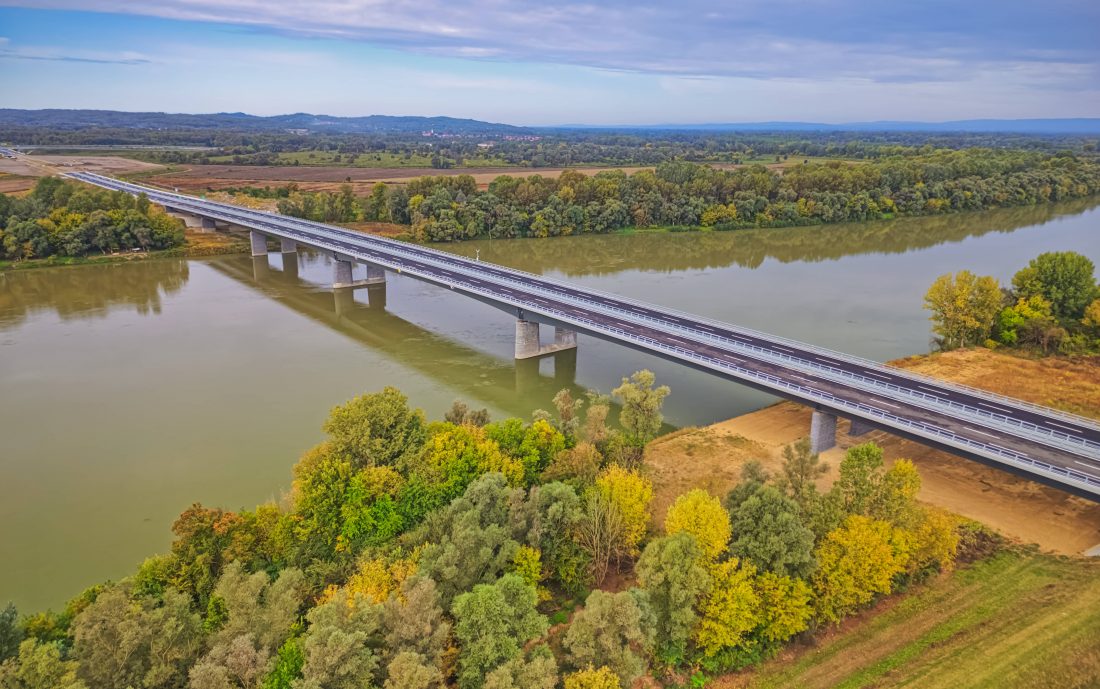 The construction of the 660-meter-long Svilaj bridge over the Sava on the border of the Republic of Croatia and Bosnia and Herzegovina has been completed. Construction began in 2016 as a joint investment of the two countries. The bridge passed the technical inspection unconditionally, is awaiting a use permit, and will be put into operation upon completion of adjoining road works in Bosnia and Herzegovina.

The construction of the Svilaj bridge over the Sava on the border of the Republic of Croatia and Bosnia and Herzegovina, begun in 2016 as a joint investment of the two states, has been completed.

The bridge over the Sava near Svilaj was given an unconditional green light by the technical inspection, which is followed by granting an operating licence, while the bridge will be open to traffic upon completion of adjoining roadworks in Bosnia and Herzegovina.

The construction costs total EUR 22.9 million, with expenses having been equally divided between the partner states.

The Republic of Croatia’s share in this investment amounts to EUR 11.45 million, and 57.97% of the expenditure was co-financed using EU funds.

The bridge is 660 meters long and consists of two separate structures, upstream and downstream, each of which supports a three-lane carriageway.

The traffic significance of the newly built bridge is evident in its position on the corridor Vc Budapest – Beli Manastir- Osijek – Sarajevo – Ploče, on the A5 motorway, section Sredanci – BiH border.