Sućuraj on Hvar welcomes the opening of new ferry pier 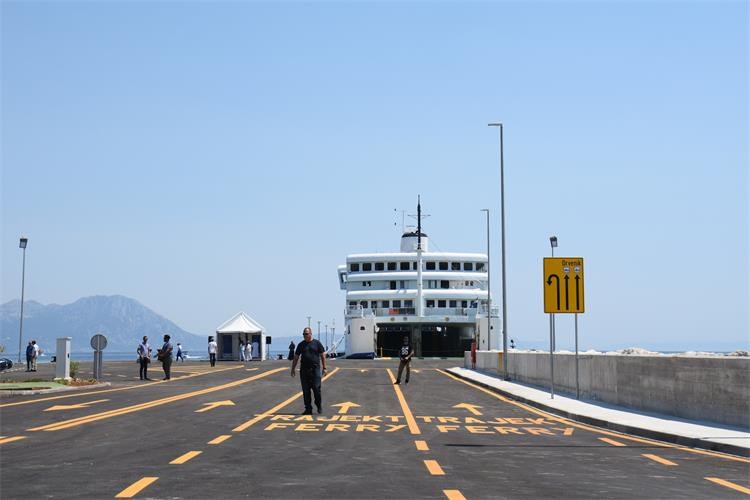 The outer berth of the port of Sućuraj, which will be used as a ferry dock, was opened on Friday, July 22, with a customary ceremony including a priestly blessing. Prime Minister Andrej Plenković, the Prefect of Split-Dalmatia County Blaženko Boban, Mayor of Sućuraj Ivan Slavić and Director of Port Authority of Split-Dalmatia County Domagoj Maroević attended to show their support for the project.

Mayor Slavić emphasized the significance of the project: “Today we are witnessing the opening of the ferry pier that the residents of the island of Hvar have been waiting for a long time. The new pier will allow ferries carrying up to 100 cars to dock. This will reduce the current congestion and speed up the flow of vehicles and passengers in the ports of Sućuraj and Drvenik, between which more than 1,100 cars are transferred daily in the summer season, and between 300 and 500 thousand passengers annually. Therefore, this is a significant event for the island of Hvar; all its residents, visitors and tourists.“

Long waiting times, for Hvar residents and their guests, were the initial impulse for the project. Due to the inadequate pier, the waiting time to board the ferry stretched up to four hours in the summer. The wait for the construction works to finish had lasted since October 2019, when the works started. Since then, 3,500 square meters of the coastal strip have been successfully landscaped. An 80-metre jetty with twin 20-metre boarding ramps has been built. Traffic access to the ferry dock area has also been improved. Accomplishing this marked the completion of the largest and most important infrastructure project in Sućuraj Municipality, and the wait came to an end.

Prime Minister Andrej Plenković, during an official visit to the island of Hvar on Thursday and Friday, acknowledged all those who contributed to the opening of the outer ferry berth in the port of Sućuraj. He pointed out that the investment of €2.9 million, receiving €2.4 million in support from the Cohesion Fund, has improved the traffic connection of the mainland and the island of Hvar with the port, allowing larger capacity ferries to dock there.

“We want our policy of balanced regional development to provide all islanders with better and more affordable living, better and higher-quality mobility, and that in the 2022 tourist season, which has already reached 96 percent of the record number of overnight stays in 2019, revenues continue to grow and that tourism, together with all related activities, makes a great contribution to GDP growth“, concluded the Prime Minister.