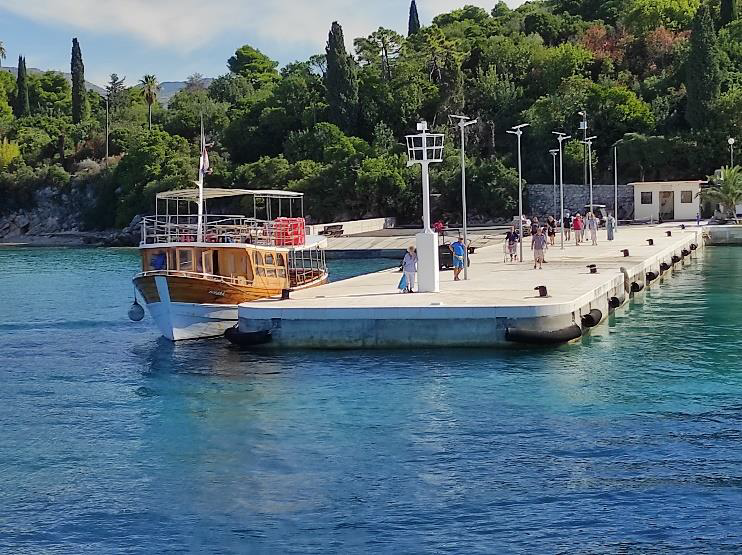 Issuing of the use permit marked the completion of the project "Reconstruction of the port open for public transport in Donje Čelo, island of Koločep". It serves as confirmation that the investment, proposed by the County Port Authority Dubrovnik, was realized according to professional standards. The port reconstruction project had to adhere to the rules governing construction, but also the EU funding eligibility rules. This is because 85 percent of the funding for the project, whose total cost is just under €4 million, was provided from the Cohesion Fund. The remaining 15 percent was reserved in the state budget.

The centrepiece of the project was the reconstruction of the old pier, built in 1924, and its extension from 34 m long and 7 m wide to 56 m long and 11 m wide. The pier in Donje Čelo has been welcoming boats for almost a hundred years with minimal maintenance. In that time, the wear and tear was becoming more pronounced. During this period, the pier also witnessed an increase in the number of passengers in the Elaphite Islands, so the need for an upgrade was apparent.

Donje Čelo is the port of call for the passenger line Suđurađ – Lopud – Koločep – Dubrovnik, and the principal port for the island of Koločep. The passenger ship Postira, which suffered a minor accident in October last year, operates on the line. The purpose of upgrading the pier, allowing larger ships with deeper draft to berth, is precisely to avoid docking accidents. An additional incentive for the implementation of the project, which has increased the port capacity, is the possibility a new ferry line will be introduced to Koločep. The new line would certainly put the focus on the issue of navigation safety.

Let us also mention that the beloved, but antiquated Postira is scheduled to be replaced soon. A vessel with environmentally friendly propulsion will be taking its place in a couple of years. The procurement of the new ship is being considered for potential EU funding.