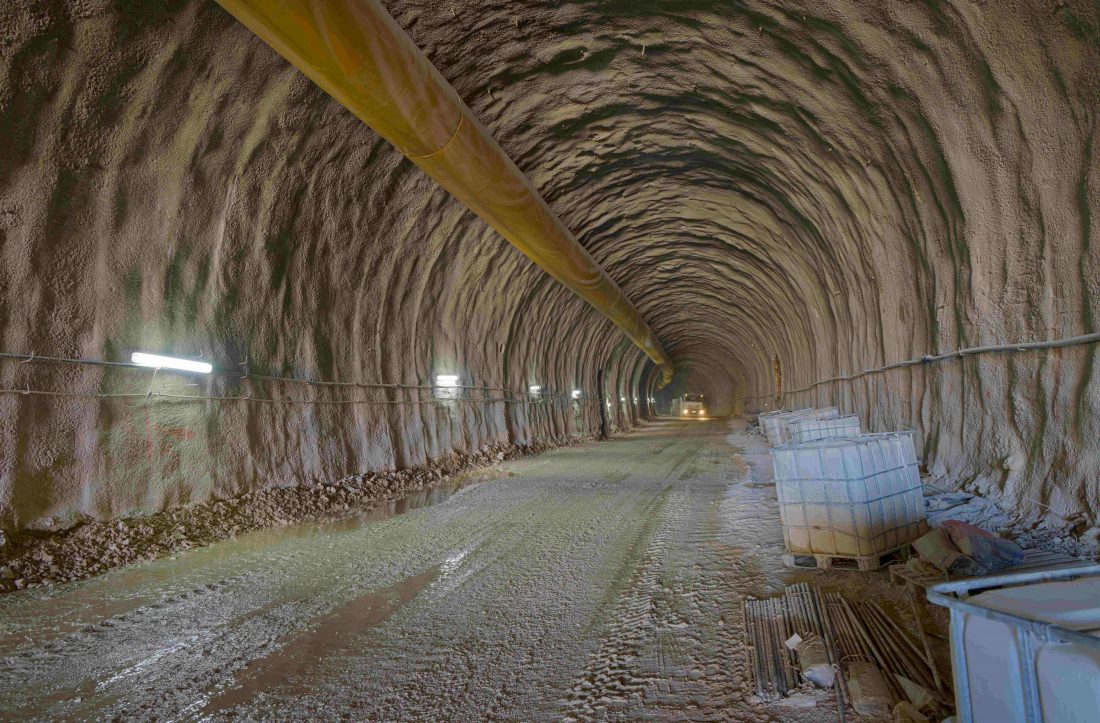 Following ten months of drilling and blasting, breakthrough was completed on the 1242-metre Polakovica tunnel. The tunnel is situated on the route of the Ston bypass, a Pelješac Bridge access road currently under construction.

Earlier today, Greek construction group AVAX completed breakthrough on the 1242-meter Polakovica tunnel, a job they started in September 2020. Tunnel form construction and waterproofing will follow the drilling and blasting work. Polakovica tunnel is part of Phase IV of the project Road connection to south Dalmatia, a phase which includes the construction of Ston bypass (DC414), subsection Prapratno – Doli.

Phase IV is the final phase of the project. Its finalization, announced for June 2022, will signal that the six-year project of connecting the territory of Croatia is drawing to a close. Even though the Road connection to south Dalmatia project is frequently identified with the Pelješac Bridge, works won’t end with its completion late this year. The project also includes the construction of 30 kilometres of access roads comprising four tunnels, three minor bridges and two viaducts, and representing a substantial feat of engineering.

Traveling Pelješac from Prapratno junction due east, you will encounter Polakovica tunnel after a single kilometer. Exiting the tunnel immediately leads to the 485-meter Ston bridge over the Ston channel, and across the bridge the route enters the 1290-meter Supava tunnel, currently half way excavated. The tunnel-bridge-tunnel sequence makes up 3 kilometres of the 7,4-kilometer subsection Prapratno – Doli. Due to these road structures and their position, the subsection construction is considered quite demanding.

The Road connection to south Dalmatia project is worth over €533 million, and is divided into four phases. Due to a Grant contract signed on 13 June 2017 it has received European Regional Development Fund support of €364 million and €64.3 million from the State Budget. For construction works on Phases III and IV, AVAX is due to receive €68.2 million.