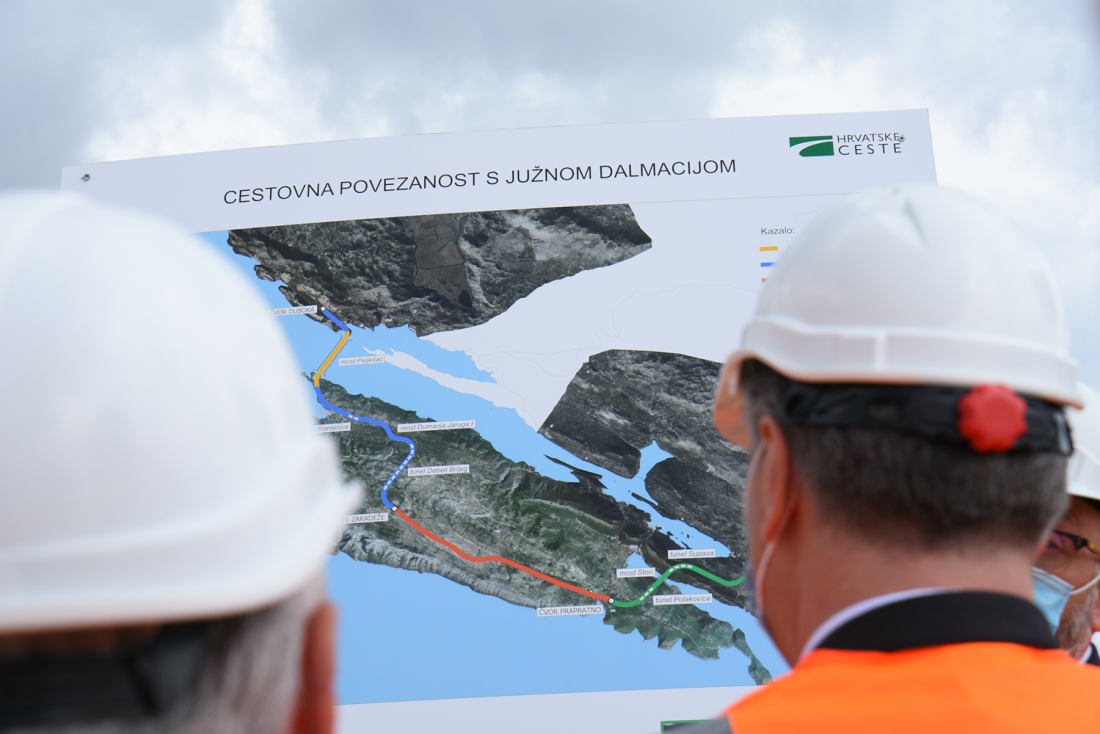 On Pelješac, the breakthrough of the Kamenica tunnel was completed on Tuesday, as part of the construction of the access road to the Pelješac Bridge. The contractor Strabag has drilled both the Kamenica tunnel and the Debeli Brijeg tunnel on the Duboka - Zaradeže section ahead of deadline.

On Tuesday, the noonday calm was shattered by a dull explosion. This marked the breakthrough of the 499-meter-long tunnel through the Kamenice hill on Pelješac. The Kamenice tunnel is one of two new tunnels on the 12-kilometer section of the Pelješac Bridge access road from the Duboka junction to the Zaradeže junction.

The hole-through of the Debeli Brijeg tunnel on the same route drew a great deal of attention in December. The bore had been completed a surprising 74 days sooner than expected. Just like Debeli Brijeg, the Kamenice tunnel was breached ahead of schedule. The tunnel was excavated by drilling and blasting. The crews in the rotating shifts progressed at a pace of approximately 10 meters per day. The grueling work involved placing 400-kilo explosive charges.

The construction of the bridge has advanced enough that the final joining of the structure is expected by October. The focus is therefore shifting to the access roads that are vital in order to achieve the goal of connecting the entire Croatian territory.

The construction of the Pelješac Bridge and access roads is the crown jewel in the portfolio of the Ministry of the Sea, Transport and Infrastructure. The €536 million project is financed through the Operational Programme “Competitiveness and Cohesion 2014-2020.”