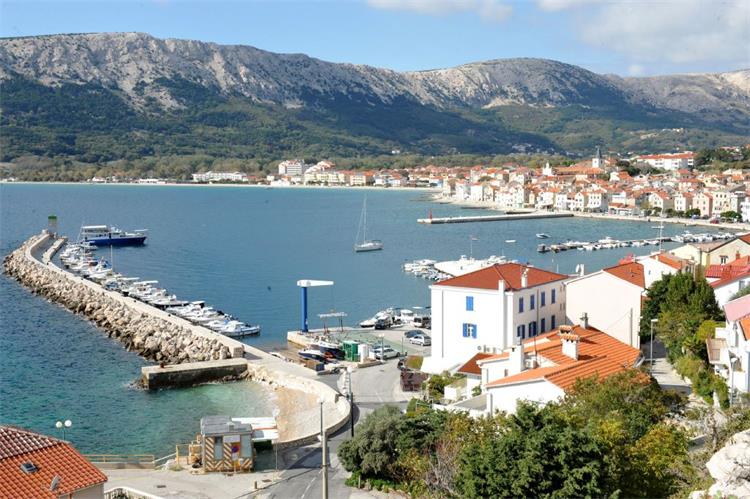 The contract for the upgrade of port Baška was signed by the director of the Krk County Port Authority Goran Lajnert and the director of the company Aqua Mont Service, Zdenko Dvornik. The project aims to protect the anchorage from the effects of weather.

Yesterday, the contract for the upgrade of port Baška was signed at a ceremony attended by the Minister of the Sea, Transport and Infrastructure, Oleg Butković.

The Upgrade of port Baška project aims to protect the anchorage from the effects of weather, provide adequate mooring and safe berth for liners, and raise the service level for passengers on public shipping lines, principally in terms of disabled access ramps, as well as ensuring delivery and emergency vehicle access. Taken together, the project activities will contribute to reducing congestion in the port of Baška.

The project was among the first applications received in response to the Ministry of the Sea, Transport and Infrastructure’s second EU funded call dedicated to upgrading the maritime port infrastructure, in order to ensure higher-quality, safer connections between the islands and the mainland throughout the year.

After the signing, Minister Butković pointed out that a large investment cycle in ports and maritime assets, worth in excess of one billion kuna, has been launched across all seven coastal counties, in cooperation with the competent county port authorities. This comment was made in reference to projects financed mainly using European grants amounting to 85% of the project costs.

“Five such projects are being implemented in the Primorje-Gorski Kotar County, all of them are active, and some are drawing to a close, with no major problems,” said Minister Butković.

Mayor Toni Juranić expressed his view on the importance of this project for the Municipality of Baška. “This is a truly historic project for Baška, but also the first phase of our more comprehensive plan for the transformation of the Baška coast, which, after the completion of works on the upgrade of the port, will continue with the realization of the Baška coastal belt project. Both projects – the first in the port, and the second in the ambient sense – will contribute to changing the aspect of our town, a tourist center that will gain the option to increase the number of commercial and nautical berths with the implementation of the port project, as well as a fresh atmosphere which is also significant due to the importance of tourism”, concluded the Mayor.

Primorje-Gorski Kotar County Prefect Zlatko Komadina commented on the investments in port infrastructure of the Croatian Littoral. “The multimillion investments that have been realized, those that are in progress, as well as those that, like Baška, are just starting, are tangible proof of the great work within all county departments in charge of this issue, our 8 port authorities, but also the local government and the line ministry with which we have excellent cooperation“, stated the prefect.

The total value of the Upgrade of port Baška project is 5.5 million euros, 4.5 million of which is co-financed using the Cohesion Fund.