River navigation projects “Opatovac” and “Sotin” presented to the public 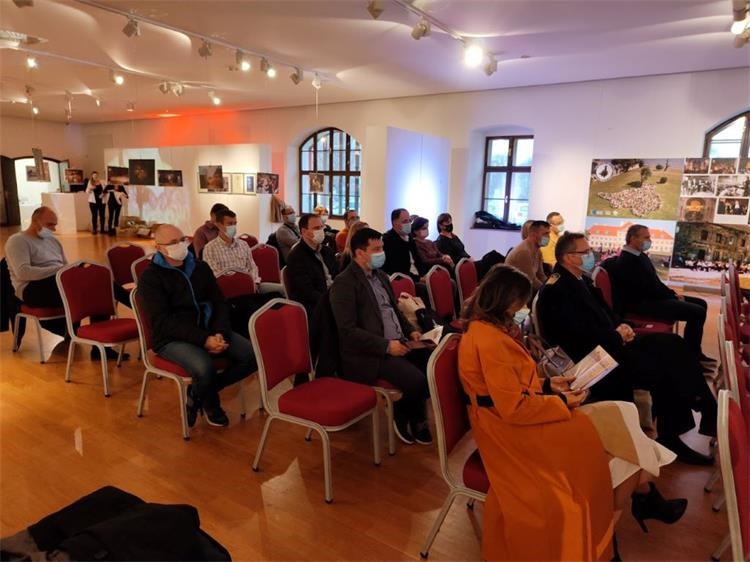 The initial conferences for projects "Regulation of the Danube River Waterway at Sotin" and „International ship winter shelter on the Danube in Opatovac" were held, organized by the Ministry of the Sea, Transport and Infrastructure, on Friday, 12 November 2021 in the hall of the Vukovar Municipal Museum. By participating in the conference, local and county officials expressed their support for the projects.

The initial conference for two major projects in the inland waterways sector was held on Friday, in the hall of the Vukovar Municipal Museum. The projects are “Regulation of the Danube River Waterway at Sotin” and “International ship winter shelter on the Danube in Opatovac”.

The audience learned essential information about the “Sotin” project from the presentation by Zrinko Zvocak and Andrija Spajić from the Ministry of the Sea, Transport and Infrastructure.

The cornerstone of the “Sotin” project is the construction of three shore protection structures to regulate the Danube’s flow, prevent shore erosion and widening of the river bed near the settlement Sotin. Without an intervention, the water flow will cause the shore to collapse, endangering Sotin and the local church. One of the scenarios the project seeks to prevent would lead to the destruction of Cornacum archaeological site, a source of valuable finds from the Roman period.

The strong local impact of both projects was recognized by representatives of local and regional government. Deputy Mayor of Vukovar Filip Sušac addressed the gathering, while Mayor of Lovas Tanja Cirba and deputy prefect of Vukovar-Srijem County Franjo Orešković participated in the presentation of the “Opatovac” project.

The “Opatovac” project will improve navigation safety on the Danube by constructing a winter shelter for 23 standard size vessels. The standard is defined as a length of 76,5 metres and a width of 11,4 metres.

A winter shelter is an area of water secured against ice floes, high water and adverse weather conditions. Navigation manuals state that a vessel should never be more than a day’s sailing from the nearest shelter. Typically, winter shelters are built about 50 kilometres apart.

Construction of the winter shelter will consist of building revetments and installing mooring equipment.

The project of regulating the Danube River Waterway at Sotin, a settlement within the Vukovar city limits, is worth €5.8 million. The value of the winter shelter construction project in neighbouring Opatovac is €6.4 million. Using the framework of the Operational Programme “Competitiveness and Cohesion”, the projects have secured financial support in the amount of 85% from the Cohesion Fund and 15% from the State Budget.