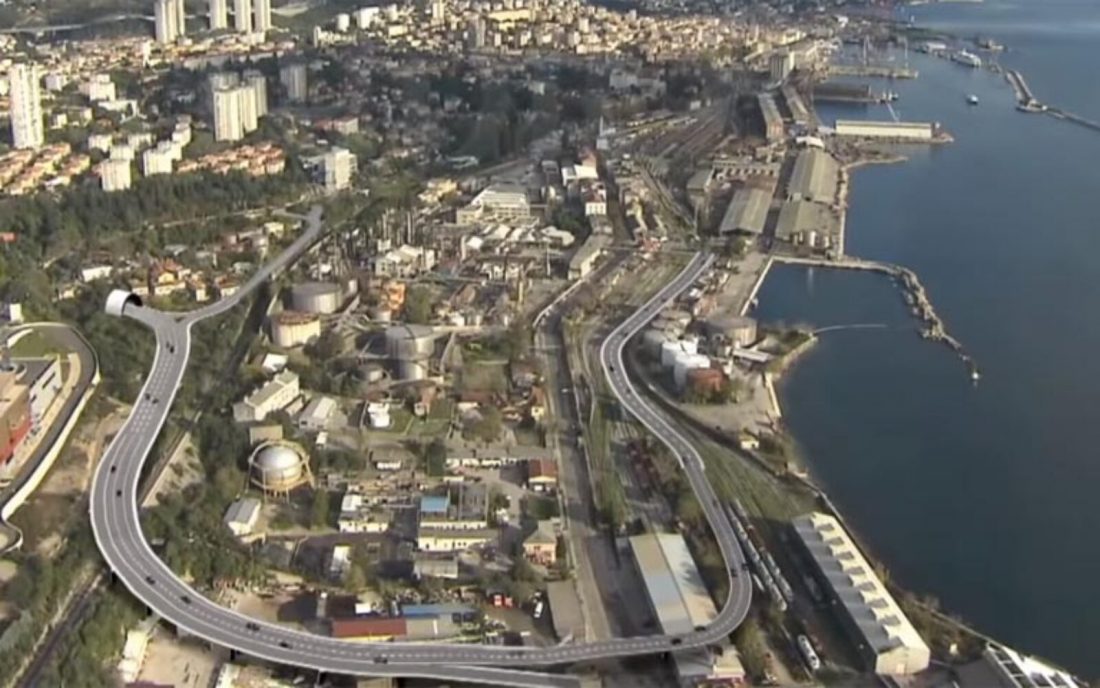 The project of a new, approx. 3,5 km long road section from Škurinje junction to Zagreb pier has been put into motion. It comprises the construction of a three-lane, 1250 m long tunnel, two viaducts, a railway underpass, an overpass, 3 crossings and two roundabouts.

In Rijeka, work has recently begun on the construction of a 3 km long state road designated D403 from the Škurinje interchange to the Port of Rijeka.

This strategic project aims to build a connecting road from the Škurinje interchange on the A7 motorway, which is part of the TEN-T network, to the Port of Rijeka, establishing a direct connection between Rijeka and TEN-T and improving regional and local mobility, while contributing to traffic safety.

The initial stages of the works are characterized by the removal and demolition of about 70 smaller residential and larger commercial buildings situated on the expropriated land, which would impede construction, while more complex interventions can be expected in the future, such as the construction of the 1250 meters long, three-lane Podmurvice tunnel, the Piopi viaduct, the Mlaka viaduct, the Piopi railway underpass and three intersections.

The contractors on the D403 project are a consortium between the Slovenian Kolektor CPG, Croatian GP Krk and Euro-asfalt from Bosnia and Herzegovina.

The project was awarded a EUR 70 million non-refundable Grant, and the EU funds contribute EUR 59 million to that amount.