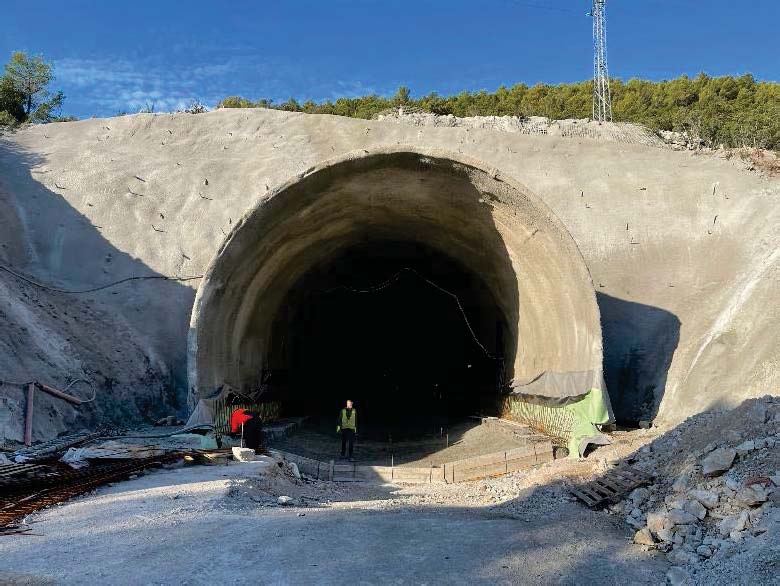 The 1.290 meter Supava tunnel was successfully broken through on Thursday, 4 November. The tunnel is part of the Ston bypass, a Pelješac Bridge access road scheduled to be completed by mid-2022.

Contractor AVAX had teams working round-the-clock on the task of excavating the Supava tunnel. They completed the assignment on Thursday, 4 November, when the 1.290 meter Supava tunnel was successfully broken through. The tunnel’s Southern portal now looks out across the Ston Channel at its twin tunnel Polakovica, bored through in July.

Both tunnels are part of the Ston bypass. The bypass is a Pelješac Bridge access road currently in construction, along difficult and often inaccessible terrain. Owing to the broken up terrain on Pelješac peninsula, the route runs from a tunnel, over the Ston bridge, directly into another tunnel.

The excavation of Supava tunnel, the last tunnel on the access roads, lasted 13 months, from October of last year. Following the breakthrough, works continue building the lining of the main and service tube, installing utilities, transverse connections and drainage.

The works contract for the Ston bypass was signed on 9 October 2019, and works started on 5 December 2019. The works were contracted with construction company AVAX based in Greece for the value of €68.2 million. The construction works on the road, vital for the functioning of the colossal Pelješac Bridge, are set to be completed in mid-2022.