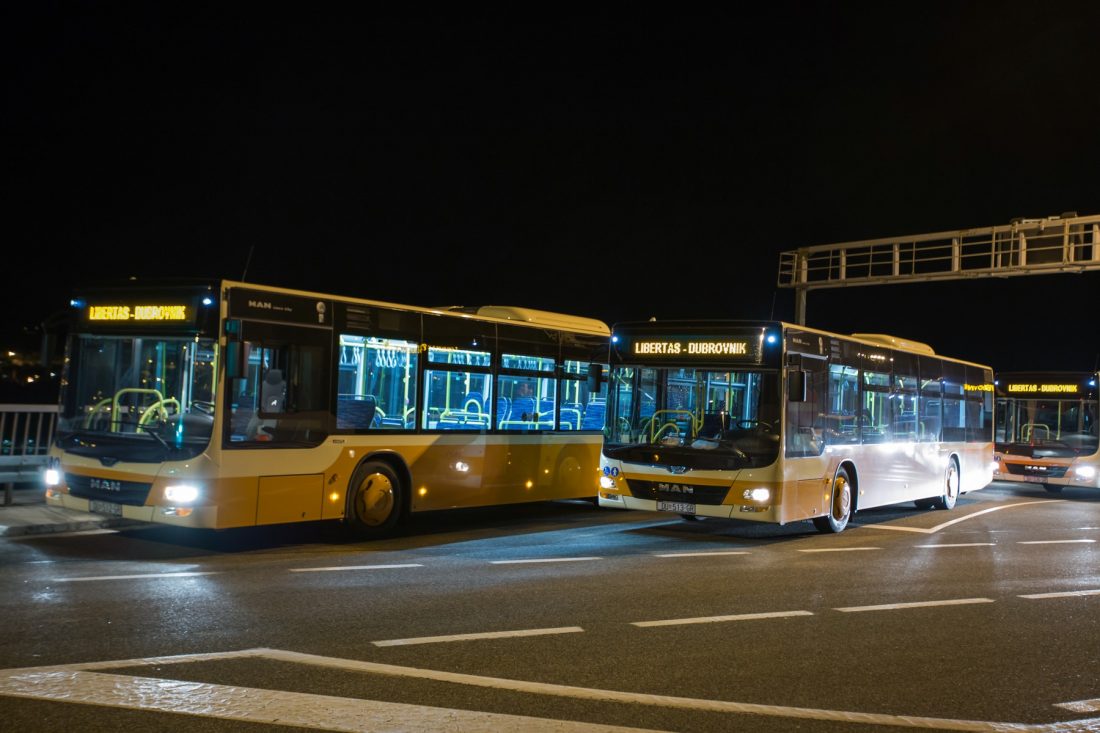 A purchase contract for 11 new buses was signed in the Dubrovnik City Council Palace between the city carrier "Libertas" and the company "Autohrvatska" PSC Ltd. The new buses will increase the quality of public transport services and reduce the negative environmental impact by using high EURO 6 engine standards for new vehicles.

The contract envisages the delivery of 11 MAN buses with advanced technical and environmental characteristics within 200 days, so that Libertas would be at the service of passengers at the opening of the tourist season. The value of the new buses is nearly 3 million euros including VAT, and in covering their cost Libertas is entitled to 2,4 million euros of assistance from the EU Cohesion Fund and 360 thousand euros from the State Budget. This is due to the fact the procurement is part of an EU project funded through the Operational Programme “Competitiveness and Cohesion”.

The current state of the rolling stock does not meet the relevant standards, and has lead to a decline in the quality of transport services and increased environmental pollution, increased maintenance costs and fuel consumption, while disabled access is not fully provided, reducing the accessibility of vehicles and public transport in general.

The aim of the project is to provide a sustainable, high-quality transport service to citizens. The new buses will increase the quality of public transport services and reduce the negative environmental impact by using high EURO 6 engine standards for new vehicles.

Although this is the first time that Libertas is set to receive buses funded through the EU budget, all indications are that they intend to continue to apply for future calls for proposals. In this effort, they are supported by the city administration, according to the head of the City of Dubrovnik Administrative Department for European Funds, Zrinka Raguž:

“During the mandate of this city administration, more than a billion kuna of European funds have been secured for city projects. We are delighted and continue to work in this direction, and given that the Ministry of the Sea, Transport and Infrastructure has announced new tenders for the purchase of buses with EU funds, we will be ready for them and, I believe, just as successful as before.“- the department head was clear.