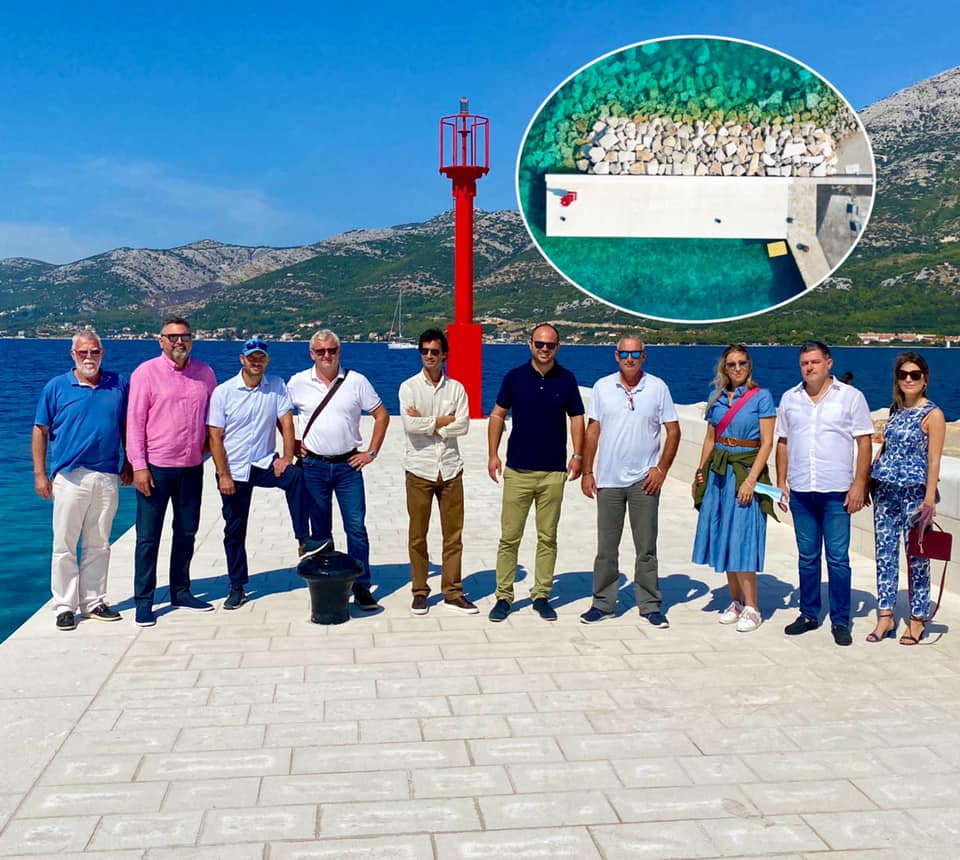 Works on the project of reconstructing the breakwater Puntin, a popular promenade in Korčula, have been completed. The project consolidated the foundation and reinforced the structure of the breakwater, protecting Puntin for many years to come.

Works on the project of reconstructing the breakwater on the Port of Korčula West Coast have been completed. The sea is clear, the picnickers have returned to the nearby beach. Nothing gives away that last month, under the Korčula Old Town walls, machines were busy assembling the massive boulders of the new sea wall. The new breakwater is a shining example of beauty residing in simplicity. The simple approach helped the contractor Pomgrad Engineering complete the job ahead of schedule.

The breakwater Puntin is a popular promenade in the north of the town of Korčula. Nestled in the shadow of Kanavelić and Zakerjan towers, it shields the port from bora winds, foul weather and waves.

Korčula is the port of call for lines 614 Orebić – Korčula, 9608 Korčula – Prigradica – Hvar – Split and 9807 Lastovo – Korčula – Polače – Sobra – Šipanska Luka – Dubrovnik. Their continuous operation is vital for a normal life on the island. The reconstruction is going to protect the breakwater Puntin from degradation and warping, which threatened to collapse the old structure, for many years to come. The earthworks and backfilling have consolidated the foundation of the breakwater. The breakwater structure was reinforced with pillars and reinforced concrete cladding, and a new multi-layer sea wall was added.

The breakwater ready for autumn weather

Owing to the need of conserving the old town vista and the original appearance of the breakwater, the works were performed extremely cautiously under the supervision of a conservation officer. For instance, during the removal of the stone paving in the early stage of the works, each stone was numbered, protectively wrapped and stored in the vicinity. Later the old stone was used to ennoble the parapet wall and promenade.

The works were followed by a technical inspection completed on 15 September and the issuance of a temporary use permit for the breakwater. The successful completion of works on the €1.4 million project, whose implementation was enabled by a €1.2 million contribution from the Cohesion Fund and €200 thousand from the State budget, was commemorated at the final conference hosted by the County Port Authority Korčula.

The reconstruction project on the breakwater Puntin was realized to the satisfaction of Korčula inhabitants, whose travel to nearby islands and the mainland was made safer. The shipowners and operators will breathe a sigh of relief as well, as their vessels in the Port of Korčula are now protected in adverse weather.