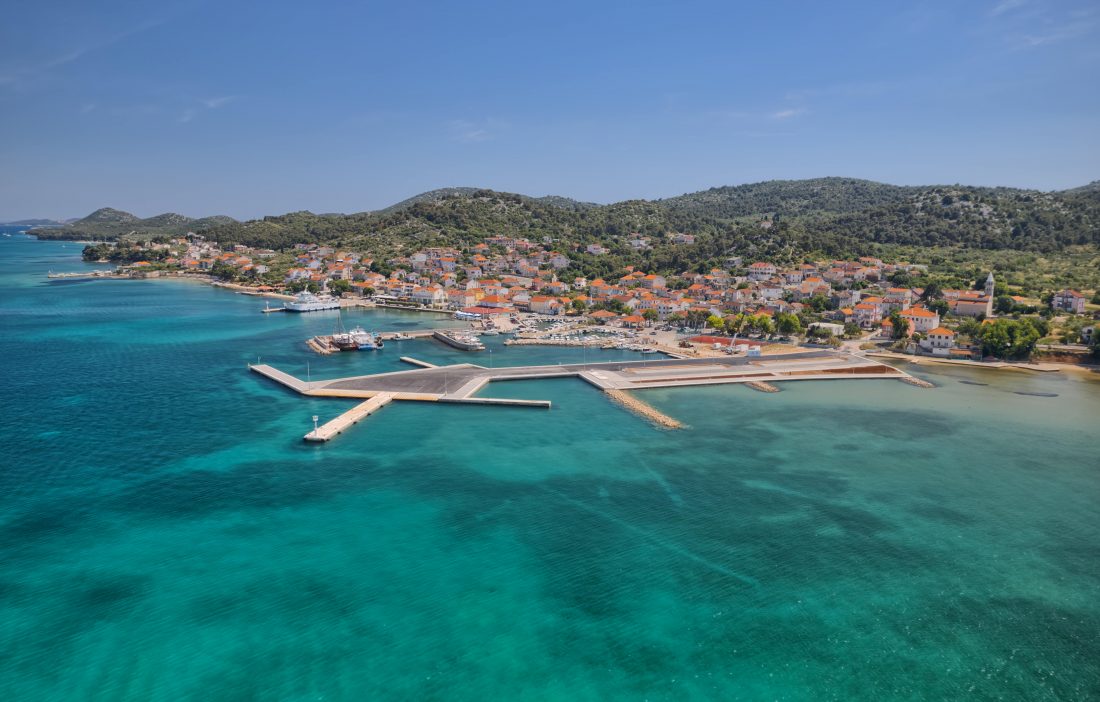 Zadar County Port Authority held a conference today at the Kolovare Hotel in Zadar. At the conference, County Port Authority Director Davor Škibola and Assistant Director Branka Batur presented the construction of the ferry port Tkon (island of Pašman), to mark the project completion. The presentation included photos, videos and technical drawings telling the story of the project from start to finish. Work on the project has just been completed with the construction of road access to the ferry terminal.

The first subphase of implementation, delivering a 54-meter pier with two ferry berths and a waiting area, was completed in 2016. What followed was what makes Tkon special, which is concluding a Grant Contract with the Ministry of the Sea, Transport and Infrastructure and the Central Finance and Contracting Agency, to finance the second subphase, on 16 April 2018. This contract made the Zadar County Port Authority the first port infrastructure manager to receive support from the Operational Programme Competitiveness and Cohesion 2014 – 2020, to improve their quality of service.

The Grant Contract signature secured €4.345.472,75 for the construction of the ferry port Tkon, 85 percent from the Cohesion Fund and 15 percent from the state budget. The contract reverberated like a starting pistol. “This project signalled the start of a renaissance on our coast. Now, at the close of 2021 we can say that we have signed contracts for 28 projects, valued at €170 million. At least fifteen further major projects are in development, slated for implementation in the upcoming period. CPA Zadar is an example and guidepost when it comes to develop and implement such demanding projects”, Josip Bilaver, State Secretary in the Ministry of the Sea, Transport and Infrastructure hailed Tkon’s example.

Project responding to the needs of island residents

The technical description of the Tkon project, with its dryness, obscures how impressive the results are. It is difficult to discern the new capacity of the ferry port, let alone the distinctive rhomboid silhouette, reading about the construction of the loading and unloading area and boarding station, the plateau on the pier, the submarine culvert for sea circulation, and the plateau of the boarding station and parking lot.

Actually, the Port of Tkon was provided with an adequate number of berths, an anchorage with greater sea depth and passenger and cargo reception areas. The new infrastructure is necessary to welcome ferries sailing from Biograd na Moru throughout the year, in all weather conditions. Out of season, the Biograd – Tkon line sets sail ten times a day, and carries half a million passengers each year.

Dense off-season traffic across the Pašman Channel is proof of the strong connections of the island of Pašman with Biograd and Zadar. It also illustrates how badly Pašman needs the new ferry port. The implementation of the project is a guarantee that the basic need of the island’s inhabitants for access to education, work and health services will be met.