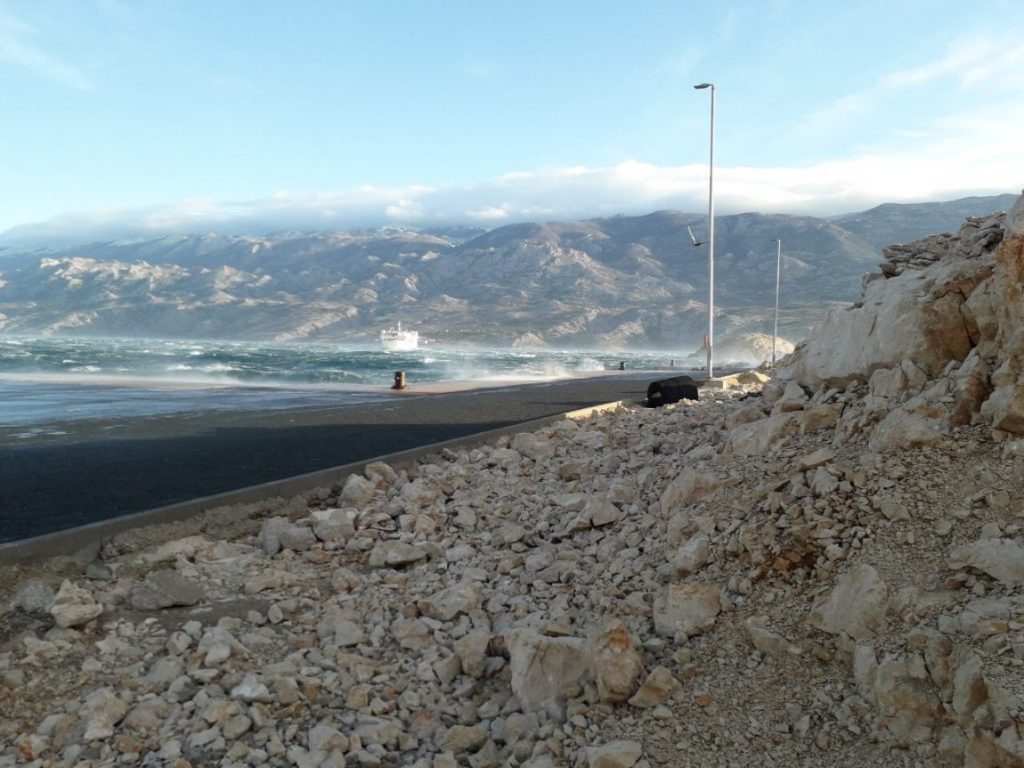 The works on the ferry port Žigljen have progressed enough that on Thursday, March 3, a test docking was performed on the new ramp. The winter morning was calm enough for Jadrolinija's ferry "Cres" to perform a maneuver of landing and departure on shore 1, where the ferry ramp has been built, although related works are still ongoing.

The port of Žigljen is well known to all travelers to the island of Pag. Ferry line 335 Prizna – Žigljen serves as a vital connection between the island and the mainland. It transports one million passengers and more than 300,000 vehicles each year. The biggest obstacle to the continuous operation of the line is the vulnerability of the Žigljen dock to extreme waves. This is why, in rough seas, ferries have to be redirected to the port of Stara Novalja.

Since November 2020, Žigljen has also been the scene of a major port infrastructure improvement project. The project “Reconstruction and upgrading of the Žigljen ferry dock” is worth €9.8 million. 85 percent of the project’s costs are financed using EU funds, and 15 percent is sourced from the state budget.

By the end of 2023, the project will equip the port for the simultaneous berth of three 120 m ferries. This will be achieved by extending the side moorings (fenders). Owing to their width and “hollow” construction, the new ferry ramps will be better suited for use in rough seas, significantly reducing the risk of canceled trips. Larger ferries also need more room for maneuver, so the bay entrance will be expanded as part of the project.

The works are proceeding according to the schedule, and they have progressed the furthest at the shore 1 site, where the ferry docking ramp has already been completed. The first of three ferry slips will be operational by the time tourists start to arrive. Foundational infrastructure is being laid on the shore 2 site, and on shore 3 underwater construction, laying of blocks and concreting of vertical nodes are being carried out in parallel.

The implementation of the project will ensure the reliability of the ferry service throughout the year. Shorter queues and boarding times in the summer months will improve the availability of employment, education and other services to the population of the City of Novalja and the island of Pag.