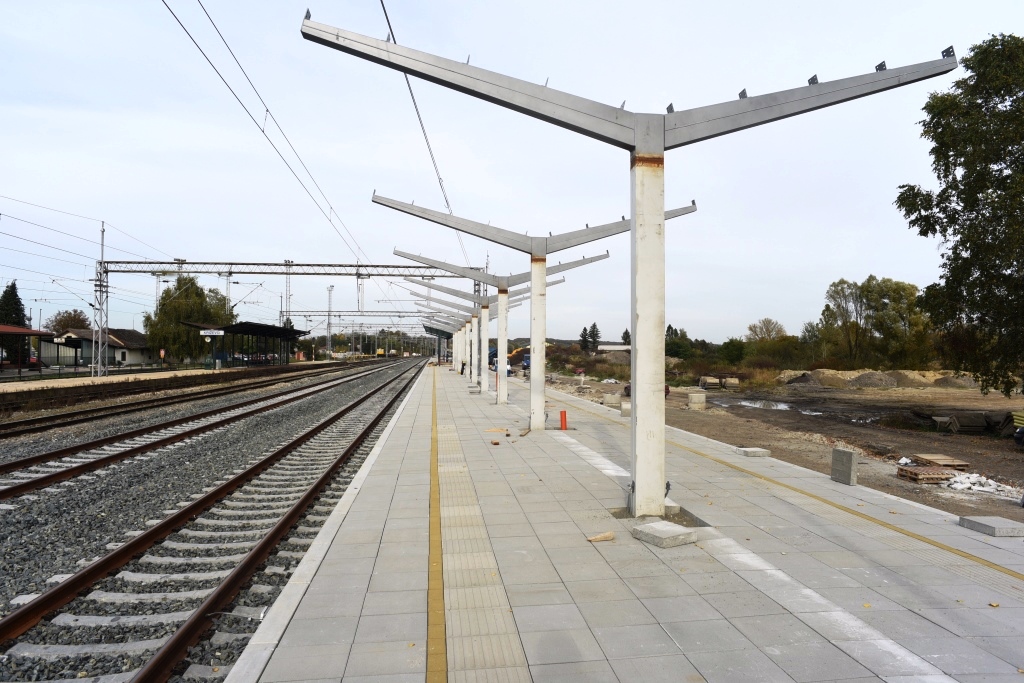 The project to reconstruct the existing and construct a second track on the 42,6 km long section, and build a new connecting track Drnje - Novo Drnje - Botovo, is worth over 283 million euros, and the Connecting Europe Instrument (CEF) contributes 241.346.218,00 euros from the EU Cohesion Fund to its successful realization.

With the onboarding of the contractor, works have begun on 25 June on the project “Upgrade of existing and construction of second track on the Križevci – Koprivnica – state border railway line section”. The Turkish contractor – Cengiz Insaat Sanayi ve Ticaret A. S. – signed a contract with HŽ Infrastructure on 12 March this year, committing to complete the work on the largest infrastructure project in Croatia within 42 months, i.e. by the end of 2023.

In addition to works on the railroad itself, the project includes the reconstruction of Koprivnica station and conversion of Mučna Reka station into a stop, construction of Lepavina and Novo Drnje station buildings, construction of a new Peteranec stop and renovation of Majurec, Vojakovački Kloštar, Carevdar and Sokolovac stops. The removal of 7 out of the 13 level crossings and their replacement with grade-separated crossings, addition of new parking lots and underpasses at the stops will help integrate the railway with other modes of transport. Traffic safety on the reconstructed section will be improved due to the modernization of signal and telecommunication devices, and the introduction of the European Train Control System. With the completion of the project and the related project that HŽ Infrastructure is implementing on the Dugo Selo – Križevci railway section, travel speeds will climb to as much as 160 km / h on the entire route from Zagreb to Hungary.

Reconstructed breakwater is the new symbol for Port of Unije