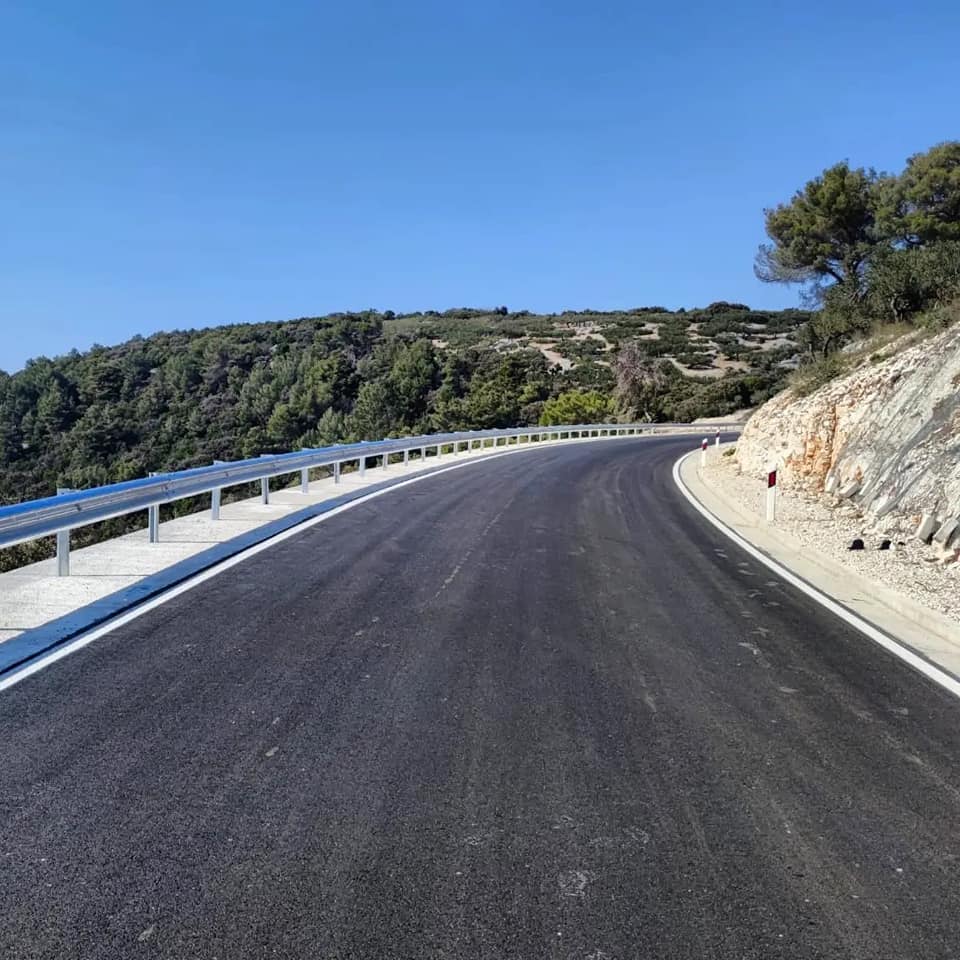 Phase I of construction works on the project "Reconstruction and construction of the road Supetar - Pučišća - Povlja - Sumartin" implemented by the County Road Administration Split has been completed. Phase I is also the first County Road Administration project co-financed by European Union funds. Thanks to funding within the Operational Programme Competitiveness and Cohesion 2014-2020, the investment of €8.1 million will not set back the County because 85% of funds originate from the EU Cohesion Fund and 15% from the state budget.

The works beginning on 7 October 2020 were performed by Patrlji Ltd. The site supervision was performed by Obstinatio Ltd. The value of the works contract was €5.15 million. The road was completed within the scheduled 18-month deadline, despite the hilly terrain which necessitated large-scale excavation in the rock. The contractor handed over the site on the last day of March, and the process of issuing the operating permit for the section is in progress.

The new road has a 6 m wide carriageway, with 1.5 m shoulders. The carriageway construction was executed in two layers of asphalt. It is a very high quality road, and power lines were laid along the route. In consultation with the municipality, a sidewalk and public lighting were built along the Pučišća settlement.

The construction opens up new tourist and economic perspectives for the northern and eastern part of the island of Brač. This is why it met with the approval of the mayors of the Brač municipalities of Pučišća and Selce. With the realization of the project, the two municipalities are connected with the main port and the island center – Supetar. In addition, there are four initiatives to open new quarries that connect to the first branch of the road.