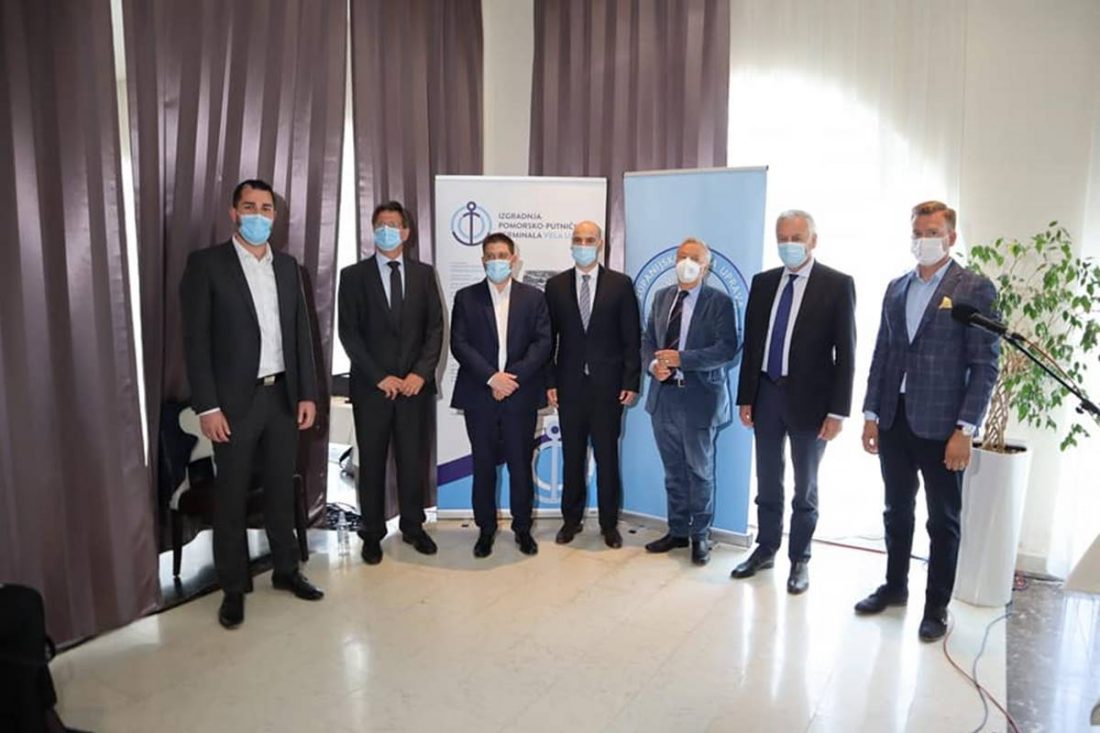 A contract has been signed for the construction of the maritime-passenger terminal Vela Luka. The port terminal will be built on the site of the former fish-processing plant "Jadranka" in the next 18 months.

Director of the Vela Luka County Port Authority Boris Žuvela and representatives of the Split-based company Pomgrad Engineering Ltd. signed a contract this afternoon for the construction of the maritime-passenger terminal Vela Luka. The signing ceremony was held in a hall of the Korkyra Hotel in Vela Luka. Minister of the Sea, Transport and Infrastructure Oleg Butković and State Secretary of the Ministry Josip Bilaver were in attendance.

The port terminal will be built on the site of the former fish-processing plant “Jadranka”. The works include the construction of 3 berths for public transport, with adjoining parking space available to port users free of charge. The ferry berths are designed with different characteristics, because they are intended to accommodate vessels of varying dimensions. The first berth, 148 m long and with a berthing depth between -8 m and -13.5 m, is intended for domestic and international ferries. The second berth, 70 m long with a depth of -8 m to -11 m, will accommodate ferries in domestic traffic. The third berth, 70 m long and up to -10 m deep, is intended for domestic ferries and catamarans.

According to the contract, Pomgrad Engineering undertook to complete all works and deliver the terminal for use inside 18 months. The deadline starts with the handover of the construction site and commissioning. The company is also independently performing construction works on a second EU project on Korčula – the 1.4 million euro reconstruction of the pier Puntin in the port of Korčula. They have also been commissioned for the reconstruction of the Quay of Knez Domagoj in the City Port of Split, a project worth over 5.6 million euro.