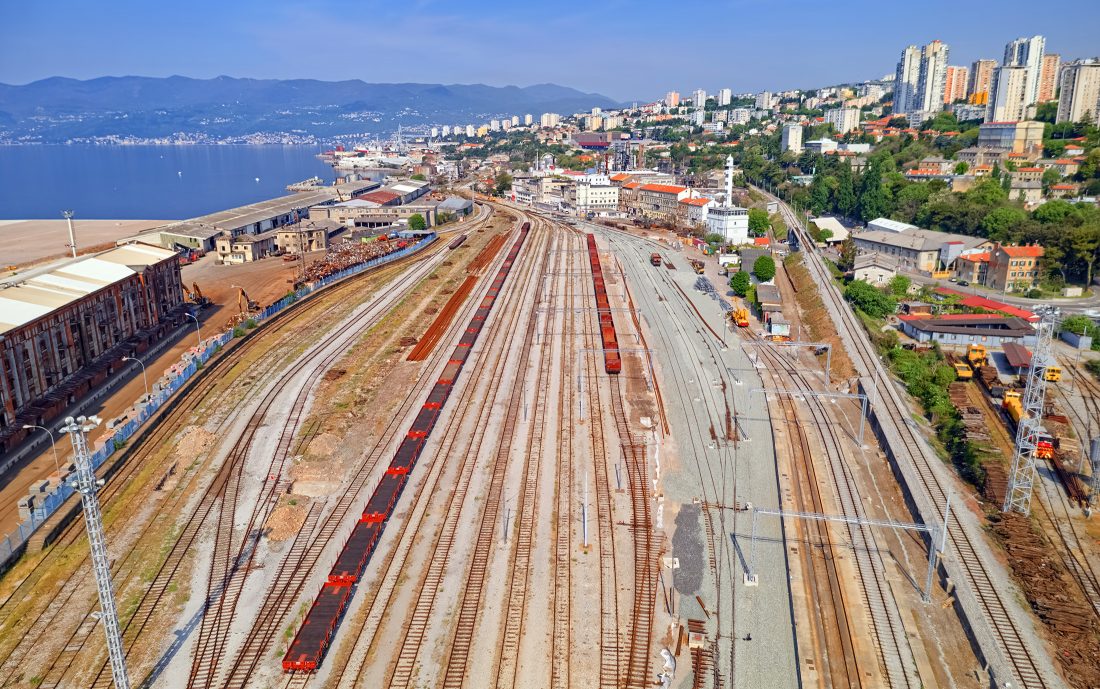 The goal of this project is to eliminate the existing bottleneck and to adjust the railway infrastructure at Rijeka’s Central Train Station, in order to provide the necessary capacity for increased demand for the Port of Rijeka and the new Zagreb Deep Sea container terminal.

1) Stage: Reconstruction of the freight part of the Rijeka railway station, which includes the reconstruction and extension of 12 tracks and pull-outs, as well as works on the lower structure in order to improve the load-bearing capacity and drainage of the substrate (investor HŽ Infrastruktura).

2) Stage: reconstruction of the connection with the general cargo terminal in the Rijeka Basin (investor Port of Rijeka Authority).

The works started in August 2019 and are taking place simultaneously on all three stages of the project, and should be completed by the end of 2021.

The entire project, called Rijeka Gateway, which includes the development of a new Zagreb Deep Sea container terminal is being implemented in several phases, and after their completion, will encompass a total area of ​​approximately 20 hectares, an operational shoreline of 680 meters and a sea depth of 20 meters. These maritime characteristics place it in a group of “deep sea” terminals that can accept and service container ships of the latest generation. The container terminal has been built, and the selection of a future concessionaire is expected soon.