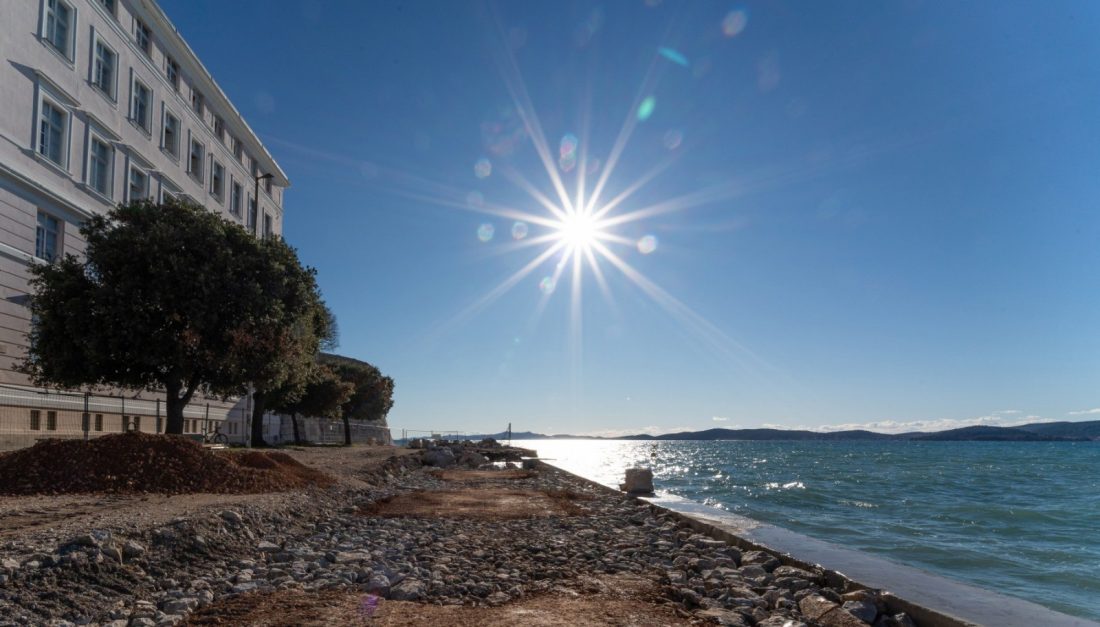 On Monday, January 17, the second stage of the reconstruction of the shoreside area of the Liburnska Coast was begun. The works fall within the scope of the project "Reconstruction and construction of port infrastructure City of Zadar - Peninsula".

The reconstruction of the shoreside area on the Liburnska Coast includes repairing the compromised stormwater drainage, landscaping, and installing three power cabinets supplying ships with electricity and water.

The initial part of the works on the Liburnska Coast, carried out in the fall, was performed on the 130-meter long stretch from the bridge towards the south. The second part of the works, which requires closing part of the coast to traffic until spring, continues with the reconstruction in the northwest direction.

The improved port infrastructure on the Zadar Peninsula will meet the required conditions to relocate the state shipping line 409 Zadar – Preko to the Coast King Petar Krešimir IV. A separate pier to service the busiest state line will mean easier access to public services for many island residents.

Following the renovation, the Zadar waterfront will once again bring smiles owing to its beauty and functionality. The renovation, dubbed a Millenium project by proud citizens of Zadar, will be completed by the end of 2023.

The total value of the project “Reconstruction and construction of port infrastructure City of Zadar – Peninsula” is €9 million. The project is co-funded by the European Union, using €7.5 million from the Cohesion Fund. Expenditures in the amount of €1.3 million will be covered using national funding.