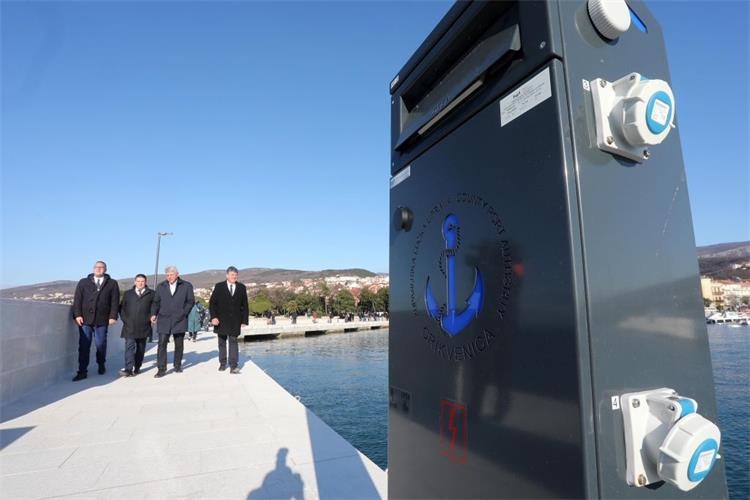 It is a great day for Crikvenica and the local area. The town chronicle will record the grand opening of the port of Crikvenica and a press conference presenting the results of three years of work on the project "Upgrading the port open for public transport of county importance in Crikvenica."

As of today, the newly renovated port of the northern Adriatic is officially welcoming passengers. The infrastructure, enhanced by a new 130-meter breakwater, an upgraded pier, a deeper draft and a lighthouse, will make Crikvenica an even more important maritime and tourist center thanks to its improved functionality.

The opening for the project, which raised the profile of the Crikvenica Riviera, was attended by the Minister of the Sea, Transport and Infrastructure Oleg Butković, Primorje-Gorski Kotar County Prefect Zlatko Komadina, Crikvenica County Port Authority Director Mario Kružić and Crikvenica Mayor Damir Rukavina. The invitation to celebrate the success of the most important project since the founding of the Crikvenica County Port Authority was accepted by media representatives and many guests.

In his statement, Minister Butković emphasized awareness of the lasting nature of a community as a way to bridge political differences of opinion. “Regardless of political party, once the elections that are an integral part of political life were over, we sat down and agreed on how to complete this and other projects. We showed maturity, regardless of political affiliation. The meaning of political action is found in leaving something to future generations“, said Butković

The investment in the infrastructure of the port of Crikvenica worth about €4.4 million makes trips to destinations in the Kvarner region safer and faster for all passengers, locals and foreign guests alike.

The upgraded port will primarily be put to use in ensuring the continuous operation of the county line Crikvenica – Šilo. The connection between the island of Krk and Crikvenica has never been stronger. To the delight of many residents of the island of Krk, weather conditions will hardly ever be the limiting factor in planning a trip from now on.

The project “Upgrading the port open for public transport of county importance in Crikvenica” is almost fully funded by European and national funds under the Operational Program Competitiveness and Cohesion 2014-2020.