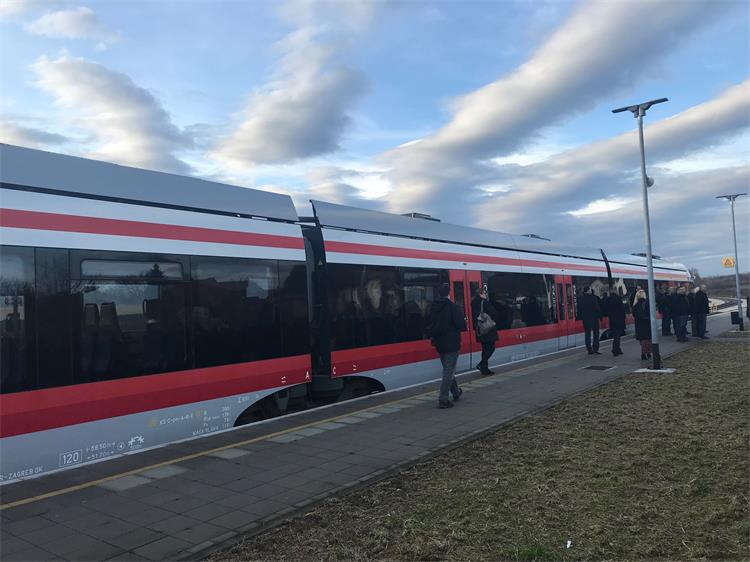 The railway line opening was attended by Prime Minister Andrej Plenković, Speaker of the Croatian Parliament Gordan Jandroković and Minister of the Sea, Transport and Infrastructure Oleg Butković, who headed off to the inaugural journey from Sv. Ivan Žabno to Gradec and back accompanied by the rest of the invitees.

Minister Oleg Butković expressed his delight over the opening of the new railway and pointed to the size of the current investment in railroads, namely 1,2 billion euros. “That the announcements of large investments are not just promises is also evidenced by the fact that today, after half a century, we are witnessing a new railway line that will connect Bjelovar and Zagreb, and by the end of the year we will sign two important contracts. One for works on the section from Vinkovci to Vukovar, and the other awarding the grant for one of the most important projects, the section from Hrvatski Leskovac to Karlovac.” noted Minister Butković.

The Gradec – Sveti Ivan Žabno railway line is the first newly constructed railway in Croatia in 52 years. The value of the entire project, co-financed by the European Regional Development Fund and the Cohesion Fund, is 34,4 million euros.