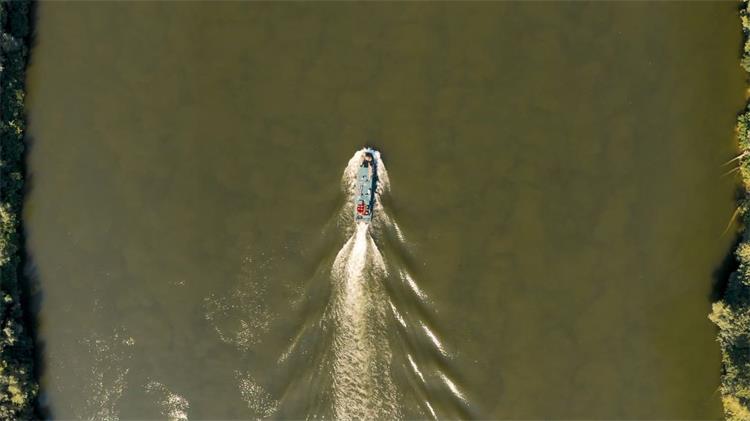 The Ministry of the Sea, Transport and Infrastructure held a conference for the project Development of the waterway marking system of the Republic of Croatia. The most important novelties the project brings are two new waterway marking vessels operating on the rivers Sava and Drava, and an upgrade to the software for the organization and distribution of information about the status of the waterway, collected by sensors on buoys.

A video conference was held at 11 a.m. today, where the project “Development of the waterway marking system of the Republic of Croatia” was presented. The Ministry of the Sea, Transport and Infrastructure is in charge of the implementation.

The €3,6 million project includes the procurement and deployment of waterway marking and surveillance equipment on the rivers Danube, Drava, Sava, Kupa and Una. The goal of the investments is a more efficient and safer waterway marking system. A comprehensive safety of the waterways supports and incentivizes the growth of transport on the rivers of Croatia.

The conference featured presentations on the issues involved in digitizing the waterway marking system and the context of the project implementation by Heads of Sector Miroslav Ištuk and Željko Sič from the Directorate of Inland Navigation. The equipment specifications and progress on the project, which started implementation on 1 January 2020, were presented by the project manager appointed by the Ministry, Danijel Đuđar.

The participants were apprised that the rivers will be marked using 80 sets of buoys with an on-board navigation system and solar-powered lamps, 20 sets of which will have echo sounders installed. The software system used to monitor the buoys will be upgraded and integrated with the existing vessel tracking system, which is going to improve the existing information management model.

The waterway marking and monitoring vessels, which make up the largest item of expenditure and the centrepiece of the project, are under construction in Kvarnerplastika’s facilities in Rijeka. The project framework includes educating the vessels’ crew members and commanders, and training the staff to operate the newly-acquired equipment and systems.

Based on the signed Grant Contract, the project is guaranteed 100 % financial support within the Operational programme “Competitiveness and Cohesion”, in the amount of over €3 million from the Cohesion fund and €550 thousand from the State budget.